Christmas lottery: how to collect a tenth share and what happens if you lose the number 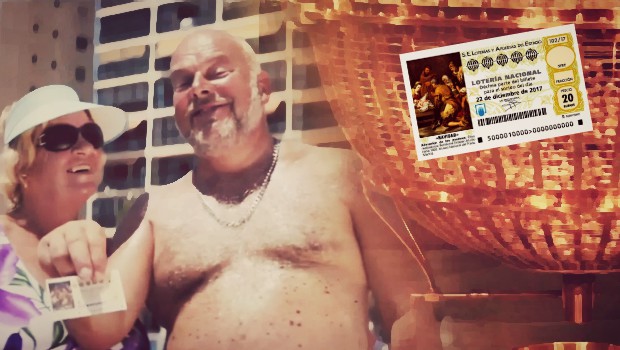 If something is characterized by Extraordinary Christmas Lottery Draw It is because of the tradition of sharing the tenths with friends and family. An action that can result in a problem in the case of winning a prize if certain guidelines have not been followed. Another headache for the winners is if they have stolen or lost the tenth, something that may have a solution.

Although there are no official rules for sharing a tenth of the Lottery with other people, there are a number of important recommendations to keep in mind. From the first moment it is necessary to make clear in writing who and how it participates. "The Lottery works to the bearer, that is, the person who has the ticket in his possession is the one who can go to collect it", they indicate in Legálitas, reason why they agree to reflect the agreement reached to share the purchase between several and the way to divide the money if that tenth is awarded.

Thus, in an environment of trust, it is enough for the depositary to photocopy the tenth and give each participant a signed copy or send a photo by email or WhatsApp. Of course, the data of the depositary, the participants and the participation of each one should always appear. In the case of being distributed by electronic means, there are a number of limitations, "since the screenshots can be falsified and the messages can be manipulated, so, in case of doubt, the intervention of the suppliers may even be needed. of telephony for verification ", experts add.

To verify that the shared tenth is authentic, you must check if it has a corresponding logo, code, verification elements and that it has been acquired in a authorized place for sale.

What if it plays? The lowest prizes, up to 2,500 euros, can be charged directly to a lottery administration. From that amount it must be done in a concerted banking entity, which they cannot charge any commission or demand consideration, as they warn from Bankinter. It should not be forgotten that the term to collect the prizes is three months and that in case of having a participation it cannot be charged to the Lottery administration or the bank, but must be taken to the issuer to request the amount that correspond.

The withholding by the Treasury of 20% that applies to prizes over 20,000 euros It will be borne by the depositary of the tenth or collection manager and it is he who must then distribute the net prize among the participants. Here, it should be borne in mind that the exempt amount will be calculated per tenth prize, regardless of the number of people who share it.

Any person who, after having agreed to share a tenth, decided not to do so and could prove himself, would incur a crime of misappropriation punished with imprisonment from 6 months to 3 years and a fine if the amount of appropriateness exceeds 400 euros and with a fine if the amount is less. This, as long as you can prove that the tenth is more than one person and the depositary does not share the prize with whom it corresponds.

If the tenth is broken or damaged, the State Lottery authorities will make the appropriate checks and if they conclude that the tenth is authentic it will be paid. If you have doubts about its authenticity, you will be sent to the National Currency and Stamp Factory so that verify its veracity through the corresponding technical processes. Meanwhile, a receipt will be delivered and the payment will be paralyzed.

But this is not the worst that can happen. In case of loss or theft of the tenth, the first thing to do is report it to the National Police or Civil Guard of the place where the incident occurred providing the greatest number of tests and data possible. In addition, the fact must be notified in writing to the Legal Advice of State Lotteries and Betting. With the complaint the payment can be paralyzed until the judge decides who the true owner is. If the prize is over 5,000 euros a court order may be requested in court to stop payment of the prize.