Russia and Greece, the 'covered' that stand as best bags in 2019 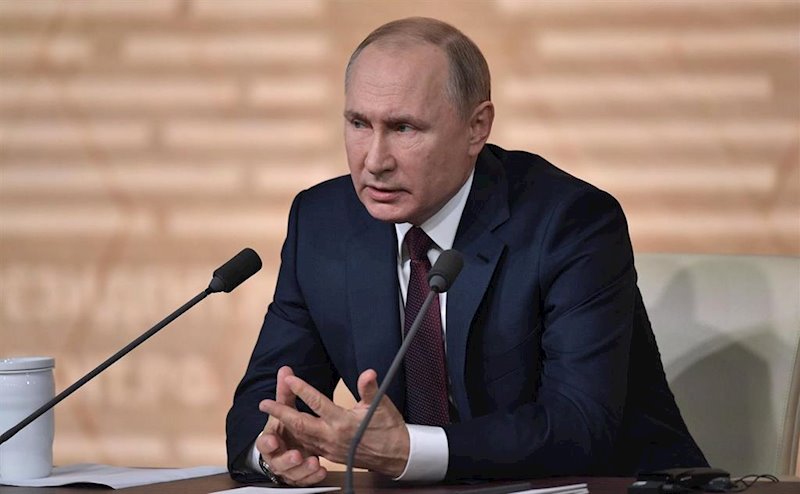 The five bags that have done better in the year are, in theory, places that few investors would consider to be too dangerous and being too exposed to political instability, while being very dependent on raw materials. "However, this shows that Buying what is comfortable is rarely the path to great benefits", they indicate from the English firm AJ Bell.

THE BEST THINGS HAVE DONE

Russia has risen in a year that the one that has emerged from the recession helped by interest rate cuts and carefully crafted policies of the head of her central bank, Elvira Nabiullina. "Some corporate movements have also helped, in particular Gazprom's decision to greatly increase the payment of dividends and the lifting of international sanctions against some companies, including Rusal," added from AJ Bell.

The RTS index started the year cheap in terms of benefits and profitability. Investors rejected him because of the weakness in the price of crude oil, the geopolitical reality and due to doubts about the growth of business profits. Similarly, expectations were not good for Greece in early 2019, with the country in the midst of an economic depression that has lasted much of the decade.

"The (good) performance of the Athex index may be due in part to the old saying that 'everything that goes down has to go up.' The selective of the 20 most important values ​​in Greece still trades more than a third below its maximum of 2014 and about 90% below its maximum of 1999, "remarked from AJ Bell, while highlighting the change of government as a driver of the stock market during this year.

"The new prime minister and his newly appointed head of Finance, Christos Staikouras, wasted no time in promising reforms and tax cuts. They also ended four years of capital controls and, in October, oversaw the first issuance of state bonds 10 years from Greece in nine years. Few things attract capital more than the shift to a right-wing, pro-business government. The Mitostakis-Staikouras team now has to maintain momentum after a promising start, "these experts say.

Brazil has also benefited from political change with the arrival of Jair Bolsonaro, while these analysts believe that in Italy and other European places (such as France or Germany) the impulse has been mainly due to the ECB's action.

"If trade negotiations disappoint and the economic momentum and business profits decrease, (the European exchanges) could still fall, so investors they should not be complacent, especially when France seems to be moving towards a battle for the permanence of Emmanuel Macron", warn from AJ Bell.

SPAIN, AMONG THE WORST FOR POLITICAL UNCERTAINTY

The British firm recognizes that political uncertainty has loomed over many of the laggards, "including Spain, Hong Kong and Chile, while the weakness of oil and natural gas have not helped other places, such as Qatar. "

"Qatar's economy has also been hampered by the decision of Saudi Arabia, Egypt and Bahrain and the Gulf States of the United Arab Emirates to break diplomatic relations and impose an economic blockade in 2017," they say.

Qatar's withdrawal from OPEC in January 2019 suggests that a rapid thaw in relations for now seems unlikely, although any approach could therefore be positive for the economy and the Doha stock market, they conclude from AJ Bell .