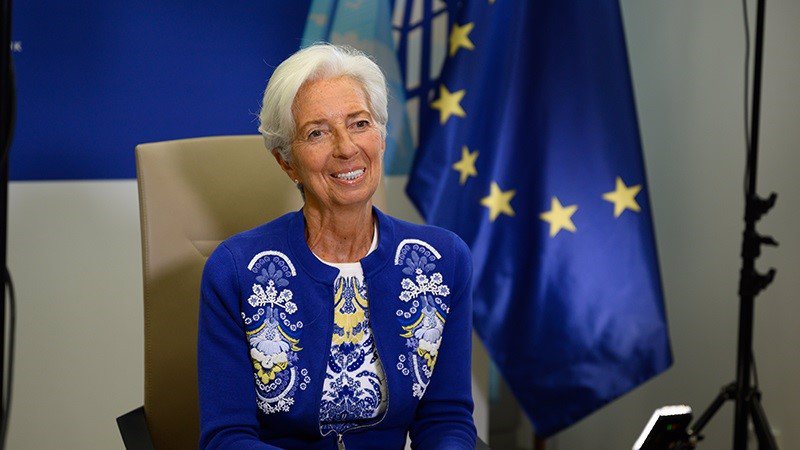 Eurozone banks are being left alone in their regrets for the negative rates. The European Central Bank (ECB) is one of the few supervisors that keeps rates below zero, while nearby economies such as the British, Norwegian or Swedish have turned the page and their interest rates are positive, so its banks compete in a scenario that will still take time in the euro zone.

Just a few days ago, the executive council of the Riksbank, the central bank of Sweden, decided to end five years of negative rate policy 25 basis points increase the type of reference used in its refinancing operations, which now stands at 0%, despite estimates of economic slowdown.

"With this expansive monetary policy, the economy is expected to be balanced over the next few years and conditions will be good for inflation to stay close to the target in the future," explained the one that is the oldest central bank in the world last Thursday after making the decision.

A year ago, this central bank took the same measure, raising rates by 25 basis points, in a scenario in which the ECB has not seen at all room to make such a decision.

Your neighboring country Norway It also has interest rates above zero. While the most recent meeting kept the rates unchanged, in the last fifteen months he has uploaded them four times, up to 1.5%, the level they reached last September.

Another of the economies closest to the euro zone is that of United Kingdom, where interest rates are also in the positive zone. The Bank of England (BoE) voted only a few days ago keep interest rates at 0.75%, although two of the members of the monetary policy committee of the issuing institute preferred a rate cut.

THE FED KEEPS THEM

And of course, U.S. The Federal Reserve decided a couple of weeks ago keep the types between 1.5% and 1.75%, something that will not change, at least in principle, throughout 2020. The US supervisor believes that it is necessary to leave rates at this level to sustain the expansion of economic activity, some "strong" labor market conditions and inflation near the 2% target.

These circumstances leave the ECB within the small list of large issuers that the negative rate policy continues to apply. The supervisor of the euro zone, who made his last monetary policy decision on December 12, when he premiered in the task Christine Lagarde, maintains the interest rate used in its refinancing operations at 0% and the ease of deposit at -0.5%.

The latter rate is the one most regretted by the euro zone banks, which have begun to transfer it to your customers, but only institutional and corporate … at least for now. In Spain, retailers continue to constitute a red line, although this may blur over time if the low rate policy continues.

Currently, few major issuers, in addition to the ECB, keep their rates in negative territory. As for nearby economies, Denmark Y Switzerland they place them at -0.75%, while in the case of Japan, the deposit rates are at -0.1%.