IAG, the star at the start of a year in which everyone recommends it 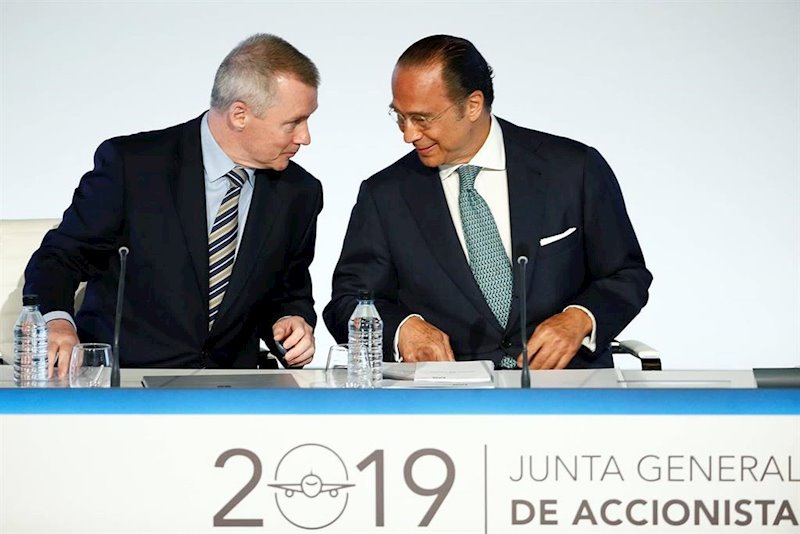 IAG is the best value at the premiere of the 2020 stock market. It rises more than 3% and confirms what the experts think: that you have to buy airline holding titles. After suffering theirs in 2019 for Brexit, and after stabilizing the situation in the United Kingdom, analysts consider it an interesting option and an overwhelming 86% -According to FactSet- recommends getting company titles. To this group Citi joins today, which elevates its advice to 'buy' from 'keep'.

IAG he pulverized his highs in the middle of last month and placed himself in free climb, that is, without any resistance in its path that prevents it from moving forward. The company also recorded one of the largest volumes in its history in that break, which gives it even more solidity. The triumph of Boris Johnson in the United Kingdom and the possibility of an agreed Brexit has 'ended' with fears around IAG, which feared that its conditions for free operation by the European Union (EU) would be altered.

"It presents no technical resistance in its path. If anything, You can talk about 8 euros as a round and psychological figure. But nothing more. So, as a summary, those who have previously invested they cannot do anything other than keeping the lengths without any problem. And those who want to do it now they should wait, at least, for a potential correction to the area of ​​7-7.05 euros", notes José María Rodríguez, analyst at Bolsamanía.

ANOTHER PENDING YEAR OF BREXIT

IAG will remain aware of all the news coming from the United Kingdom throughout 2020. Despite that triumph of Johnson since the British Parliament has ratified its Brexit plans, which will be effective later this month, it is also true that Kingdom United and the European Union (EU) they only have 12 months (until December of this year) to reach a commercial agreement. The British Parliament has approved that it is not possible to extend that deadline and now it is feared that the time is insufficient and that, by the end of the year, if a pact has not been reached, they will return the ghost of a Brexit without agreement.