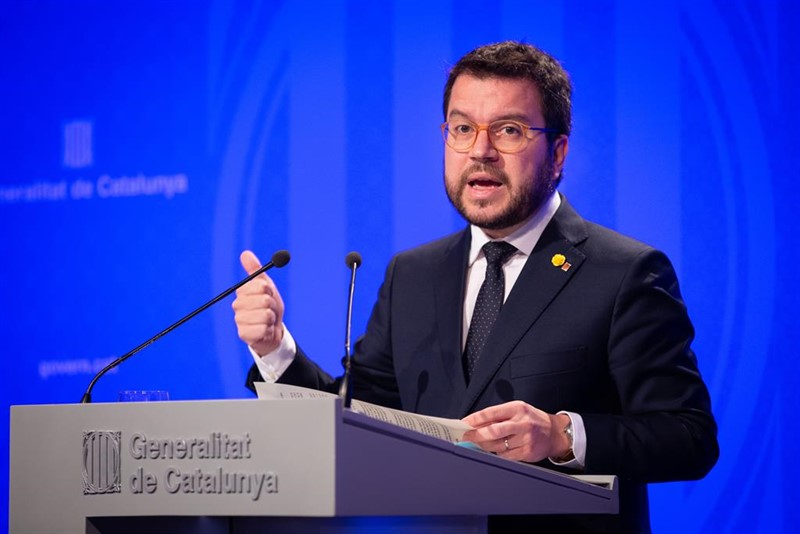 PSOE and ERC have agreed a dialogue table whose agreements "they will be submitted to democratic validation through consultation with the citizens of Catalonia, in accordance with the mechanisms provided or that can be foreseen within the framework of the legal-political system"This is confirmed by both formations in a joint statement, after ERC has announced that it will abstain to facilitate the investiture of Pedro Sánchez.

The agreement includes the recognition of a "political conflict" between Catalonia and Spain and the creation of a "dialogue table". It also opens the door to legalize some form of referendum, as required by the independentistas.

INTEGRATED TEXT OF THE AGREEMENT

The signatories of this agreement confirm that we are faced with the opportunity to unlock and channel the political conflict about the future of Catalonia and establish the basis for its resolution, as there is a willingness to dialogue to reach an agreement that allows us to overcome the current situation.

The recognition of this opportunity, and the political will and firmness expressed by both parties, allow us to explore and address the opening of a new stage based on effective, open and sincere dialogue and bet on institutional recognition and understanding.

Therefore, in accordance with the principles of institutional loyalty and bilaterality that govern the political framework of relationship between the Government of Spain and the Government of the Generalitat de Catalunya, we agree as follows:

2. Creation of a BILATERAL TABLE OF DIALOGUE, NEGOTIATION AND AGREEMENT FOR THE RESOLUTION OF THE POLITICAL CONFLICT.

For this reason, we adopt the commitment to create a Roundtable for dialogue, negotiation and agreement between governments, which will start from the recognition and legitimacy of all parties and proposals and that will act without limits other than respect for the instruments and principles governing the system. democratic legal

This Mesa as a political instrument is based on the following principles:

2] Content: open dialogue on all proposals submitted. All parties will contribute with freedom of content their detailed proposals on the future of Catalonia. And the positions regarding each proposal will be valued, debated and argued.

3] Transparent calendar: the Bureau will begin its work within fifteen days from the formation of the Government of Spain and establish specific deadlines for its meetings and to present its conclusions.

4] Monitoring and compliance guarantees: the Bureau will establish mechanisms to guarantee the start and maintenance of its activity and the fulfillment of the agreements. In this space, agreements that have broad support from Catalan society should be sought. In this regard, both parties undertake to promote the effectiveness of the agreements that are adopted through the appropriate procedures. The measures in which the agreements materialize will be subject to democratic validation through consultation of the citizens of Catalonia, in accordance with the mechanisms foreseen or that can be foreseen within the framework of the legal-political system.

This Bureau will coordinate with other existing institutional and parliamentary dialogue spaces, which should be strengthened. Among others, the Generalitat-State Bilateral Commission included in the Statute of Autonomy of Catalonia and the Taula de Partits existing in the Parliament of Catalonia.

Erdoğan and the gas in the Mediterranean | TIME ONLINE