The published chart shows a peak in a green circle corresponding to a hashrate value greater than 140 Ehash / s. 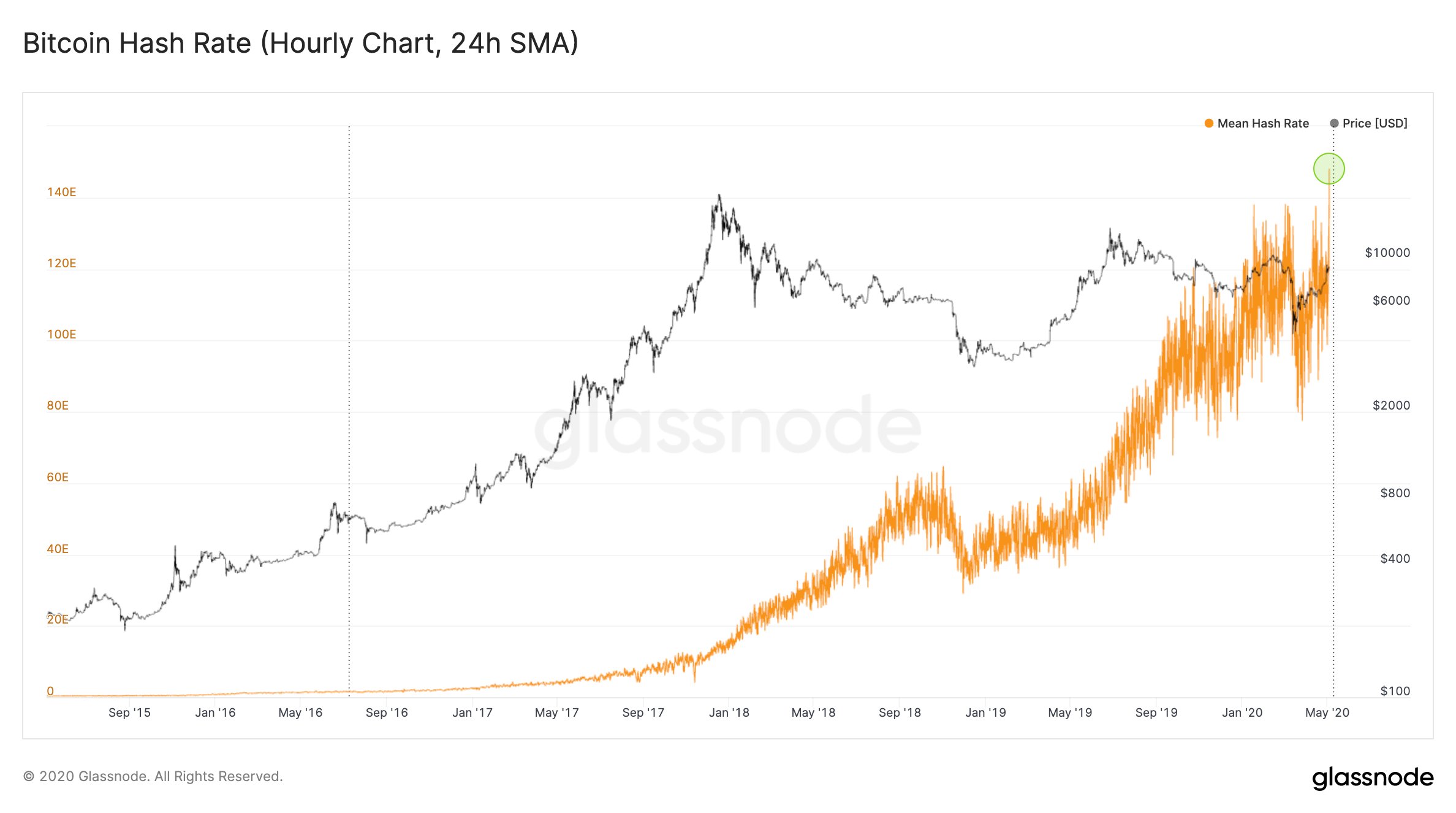 Previously, in the entire history of Bitcoin, this threshold has never been exceeded.

However, it must be said that the calculation of the hashrate it is actually an estimate, not an accurate measurement, and the results change according to the period taken into account to make that estimate.

In fact, other estimates, published on other websites, propose a different hashrate for yesterday.

For example, bitinfocharts.com what estimated at just over 128 Ehash / s, while blockchain.com the estimated at 113.

the same updated Glassnode chart Now it shows a daily estimate of less than 140 Ehash / s for yesterday, but it is possible that the graph published yesterday on Twitter refers to hourly estimates and not daily estimates.

The estimate, which is calculated using the difficulty and the average speed at which the blocks are extracted in a given period, changes depending on whether a short period is taken as a reference, for example, one hour or a longer period, that is, , generally one day.

Also, the total hashrate may vary over the course of a day, because this is the estimate of the only hashrate committed by those who are trying to mine BTC, while miners are free, for example, to move their hashrate to mine other cryptocurrencies, such as BCH or BSV.

By the Therefore, yesterday's average daily hashrate may have been around 130 Ehash / s, but also had a peak per hour of 140.

In fact, according to coin.dance, would have reached a peak even higher than 162 Ehash / s, which would make it the highest peak per hour in history.

As a result, yesterday was probably the highest hourly peak for the total hashrate committed by BTC miners, while the daily average was lower, but still very high.

In fact, according to bitinfocharts.com, it would have been the third highest daily average in history, after March 5 and April 14.

Weekly summary of the most important news. 24th September

Bitcoin whales bought $3.12 billion worth of BTC in the last 24 hours

Honduras continues to advance in technological development through the use of…