The Ibex advances 0.48% this Friday, but it is not enough to save the week 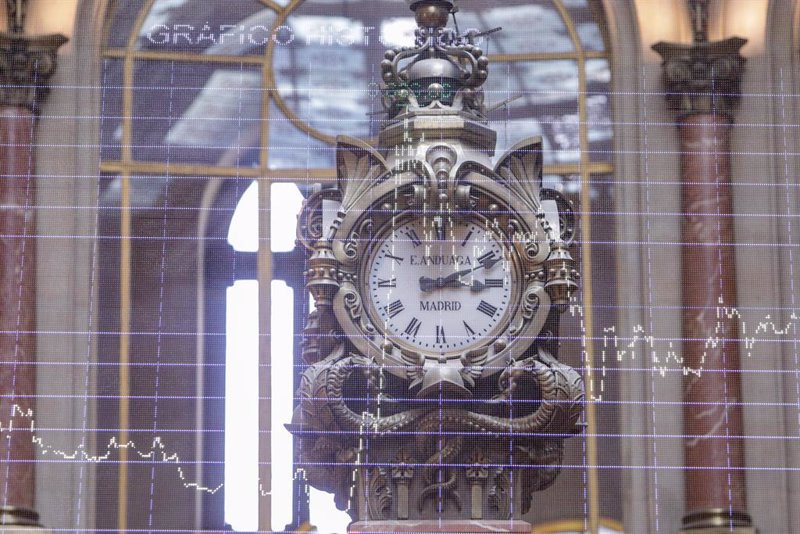 The Ibex (+ 0.48%) has opted for green thanks to the increases in steel companies, Inditex or Santander. PharmaMar is the undisputed protagonist. It is up 3.07% driven by progress in its trial with Aplidin against coronavirus. The increases this Friday have not been enough to save the week, in the last 5 days it has fallen by 1.46% and has lost 6,900 points. The rest of the squares of the Old Continent have done somewhat better than the selective Spanish, with increases between 1% and 2%. The revaluations are maintained despite the last ordeal of British Prime Minister Boris Johnson.

Johnson has ruled out continuing to negotiate with the European Union (EU) a trade agreement to regulate relations between the Twenty-seven and the United Kingdom as of January 1. The 'premier' has followed through on his threat to end the talks if the October 15-16 summit of European leaders failed to devise a framework for both parties.

Now, London is preparing for trade relations with the community bloc are more similar to those it maintains with Australia, based on "international free trade laws". "Companies and carriers must prepare for that", warned the 'premier' and sent a message of encouragement: "The United Kingdom can prosper powerfully without an agreement."

"This outcome is part of what is expected, a move by Johnson for fissures to open between member states (Germany and France in particular) and that the EU finally breaks down and conforms to the United Kingdom, "warns Neil Wilson, an analyst at Markets.com. The expert describes the gesture as "political maneuver" for the population, "while the talks are in progress."

As for the treatments against Covid, after a week of bad news, this Thursday it was learned that Remdesivir has "little or no effect" on survival of patients with the disease, according to a WHO trial.

In addition to this, this Friday investors are pending the macro calendar, with the publication of the September CPI in the euro zone and September retail sales in the US, which have increased more than expected in September, by 1.9%. "The key data today is US retail sales. As Covid-19 infections have started to rise again and the unemployed have experienced a major negative income shock after the expiration of unemployment benefits temporarily more tall, interesting to see if recovery has continued"Danske Bank experts say.

As for the technical aspect of the Ibex after the falls of last day, it should be noted that the decreases led him to cover the bullish gap that was left on the 5th of this month. "It is important that at these prices the purchases reappear, although it must be borne in mind that a downward gap was left this Thursday and that we will not see a sign of strength again as long as it remains trading below the resistance of the 7,024 points", explains César Nuez, analyst at Bolsamanía and head of Trader Watch.

Securities that have managed to pierce resistance this Friday