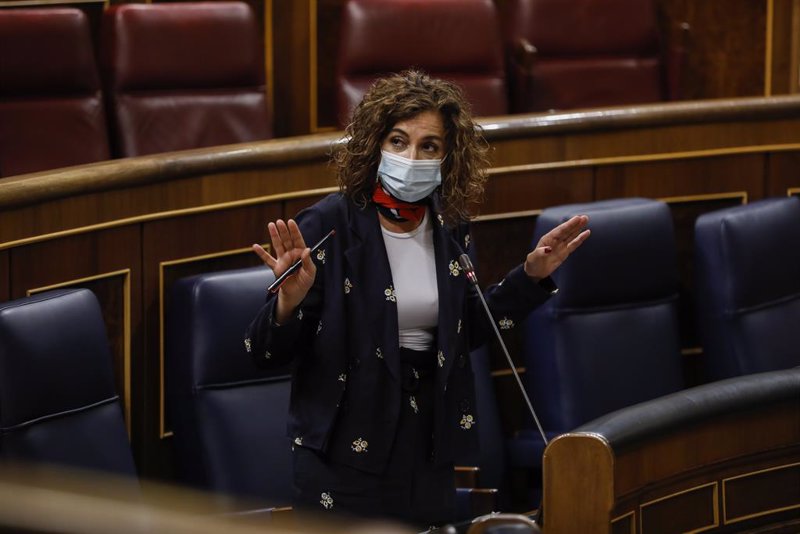 The Plenary of the Congress of Deputies will debate this Tuesday, starting at 4:00 p.m., the suspension of the fiscal rules for the years 2020 and 2021, which will allow the Government to increase the 'spending ceiling' of 2021 as well as the increase in the deficit of all administrations in order to face the health and economic crisis caused by the Covid-19 pandemic.

During the debate, the Minister of Finance, Maria Jesus Montero, will transfer to the Lower House the appreciation that “Spain is suffering a pandemic, which represents a extraordinary emergency situation”, Which will be the main argument to activate the escape clause contemplated in Article 135 of the Constitution, which allows the suspension of fiscal rules in emergency situations.

Specifically, the aforementioned article establishes that “the limits of the structural deficit and the volume of public debt may only be exceeded in the event of natural catastrophes, economic recession or extraordinary emergency situations beyond the control of the State and significantly harm the financial situation or economic or social sustainability of the State, appreciated by the absolute majority of the members of the Congress of Deputies ”.

In this way, if the activation of the clause is approved, Congress will give validity to the announcement of the Government of suspend tax rules for 2020 and 2021, in line with the decision made in March by the European Commission to suspend the Stability and Growth Pact, also taking advantage of an escape clause, to allow member states to face the health and economic crisis generated by the coronavirus.

ELEVATION OF THE 'SPENDING ROOF'

The approval of this suspension of fiscal rules is necessary to endorse government decisions such as raising the ‘spending ceiling’ in 2021 by 53.7% as well as to allow the different administrations not to be subject to the spending rule and may incur a deficit or increase itThe stability path that was approved in February is also suspended.

In this regard, the forecasts announced by the Government in the Council of Ministers in which the increase in the spending ceiling was approved, and communicated last Thursday in the Budget Plan sent to the European Commission, estimate that in 2020 the deficit will close at 11.3% and that in 2021 it will fall to 7.7%.

Of this amount, the Executive's estimate is that next year the deficit of the central administration will be 2.4%, that of the autonomous communities will be 2.2%, that of Social Security will be 3%, and that of local corporations is 0.1%. However, the Government's intention is assume through transfers half of the deficit of the autonomous communities and Social SecurityTherefore, the central administration deficit would be 5.2%, while the autonomy deficit would be reduced to 1.1% and the Social Security deficit to 1.3%.

Telefónica dances alone: ​​Moody's leaves her out of the imminent dance of mergers between 'telecos'