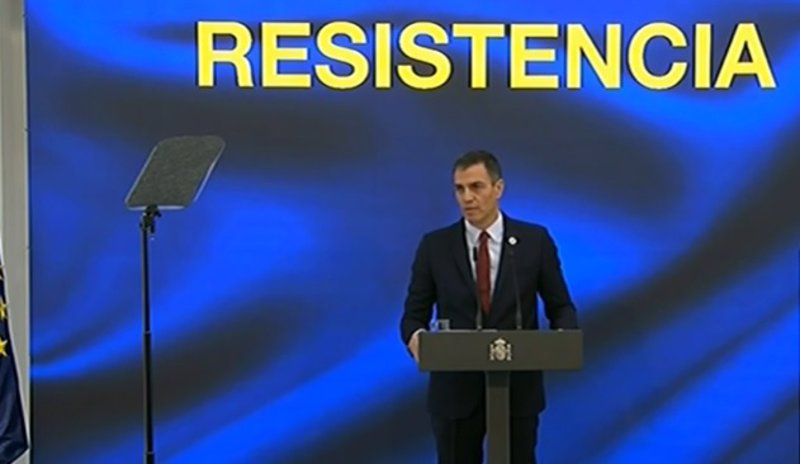 The President of the Government, Pedro Sánchez, will respond to the requests of eleven autonomous communities (seven of them from the PSOE and none from the PP) and will declare a state of alarm throughout the country this Sunday, with the aim that regional governments can impose new restrictions on mobility to slow the spread of the virus. To this end, it has officially convened an extraordinary Council of Ministers this Sunday at 10:00 a.m., through which it will articulate the new measure that will provide sufficient legal coverage to the autonomies to be able to face the increase in COVID-19 infections , as confirmed by La Moncloa.

At the moment, the Government has not clarified whether any minister or even Sánchez himself will make statements after this extraordinary meeting, according to 'Europa Press', although in the last Council of Ministers that was held exceptionally to approve the state of alarm In nine Madrid municipalities, the Minister of Health, Salvador Illa, and the Minister of the Interior, Fernando Grande-Marlaska, appeared before the media.

At the moment no autonomous community governed by the PP has requested the declaration of a state of alarm, although for example Castilla y León has resorted to drastic measures such as the curfew, and Madrid has prohibited meetings between non-partners during the night.

After warning Sánchez of the gravity of the situation in an appearance on Friday, until this Saturday they have asked him to take this step Basque Country, Catalonia, Cantabria, the communities governed by the PSOE of Asturias, Extremadura, La Rioja, Navarra, Castilla-La Mancha, Valencian Community and the Balearic Islands, as well as the autonomous city of Melilla.

The Government does not need the approval of Congress to approve the state of alarm, but it does need to extend it beyond the initial 15 days of validity. Citizens have already guaranteed their votes to the Executive in a hypothetical extension and the Minister of Health, Salvador Illa, again made this Friday a clear appeal to the PP to also guarantee its support.

ADVANCE OF THE SECOND WAVE

The new actions come when the global number of infections in Spain already exceeds one million – specifically, it has already risen to 1,046,132 since the start of the pandemic. This Sunday, the country exceeds 18,800 (18,831) new cases of coronavirus In the last 24 hours and nine territories report record numbers of infections: Catalonia has notified 5,931, the Valencian Community 1,696, the Basque Country 1,212, Murcia 924, Galicia 687, Asturias 381 and Melilla 111.

While the pandemic is spiraling out of control in Europe and the WHO's worst omens are fulfilled, the number of cases due to coronavirus infection now reaches 42,439,396 people worldwide, of which 28,509,822 have already recovered.

Without being able to disconnect and with the PC in the living room: job anxiety grows due to teleworking

Eurocoinpay: "Cash will disappear in eight to ten years"