Not just Brexit: the EU gambles 1.8 trillion in a summit 'animated' by Hungary and Poland 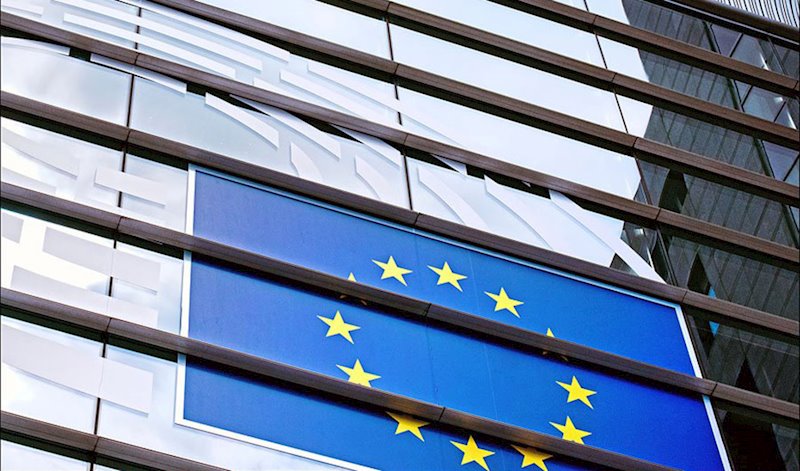 New key appointment in Europe. EU leaders meet again this Thursday with several key issues on the table: the financial future of the Union, give a more coordinated approach to the second wave of the Covid-19 pandemic, and the possibility of a modest post-Brexit trade deal with the United Kingdom. "They are three hard nuts to crack" that can derail the situation, because "the stakes are high."

These are the words of Berenberg analysts, who believe that the first of the three questions, namely the financial one, "will determine the future of the EU even more than the other two." And the fact is that this Thursday's summit must deal with the threat of delaying the 'mega tax agreement' of 1.8 billion euros that emerged after the veto of Hungary and Poland to the recovery fund and budget.

Although the German firm believes that this issue will not be settled at this meeting, but that the countries will take advantage to start negotiating and in the end there will be an agreement "in time" for the December 10-11 summit. They are optimistic in this sense, given that otherwise, the first payments of the aid provided for in the recovery fund created to face the consequences of the coronavirus crisis, which amounts to 750,000 million euros, "could be delayed from the second to the third quarter of 2021 ", and that is something the Twenty-Seven cannot afford.

"While this would be unfortunate, it shouldn't make much of a difference as long as major recipients like Italy and Spain can borrow in the markets under exceptionally favorable conditions ", as is the case now, says Berenberg. In fact, he says that it is "highly unlikely" that the € 1.8 trillion package could permanently derail.

It should be remembered that at the summit that was held last July, EU leaders laid the foundations for an "innovative agreement" of 1.8 trillion euros: 750,000 million euros to support the post-Covid recovery and 1, € 07 trillion for the EU's seven-year financial framework (2021-2027). So why the Hungarian and Polish veto? Very simple, because the agreement links payments to political criteria and the rule of law, something that these two countries do not share.

According to Berenberg, these are "loosely defined" criteria, and as in everything, "the devil is in the details." And it is that although from the technical point of view Hungary and Poland cannot prevent the EU from adopting the mechanism of the rule of law to condition the distribution, since it can be approved by a two-thirds majority, it does require a unanimous vote for the seven-year financial framework and to allow the European Commission to issue bonds to finance the support fund of 750 billion euros. "This gives Hungary and Poland an advantage", say the experts of the German firm.

Something not trivial, if you take into account everything that is at stake. And it is that "the perception of a lack of solidarity within the EU could strengthen the narrative of skeptical populists" with the Union, while a "prolonged fiscal stagnation could undermine the cohesion" of the Twenty-seven. However, Berenberg is optimistic. "It is true that the stakes are high, but the probability that the problem can be solved appears to be even higher"their analysts say.

"Much pressure is expected in Poland and Hungary and many discussions in the coming days and weeks. Most likely, the wording of the rule of law mechanism will not be changed, but these countries may obtain minor concessions," says the German firm. The safest thing, he says, is that "the worst case scenario" does not occur, that is, the blockade, and that the controversy "can be resolved" before the end of the year.

THE OTHER TWO ISSUES: BREXIT AND COVID-19

Regarding the other two issues, they worry the experts less. Regarding the pandemicNow EU countries "are cooperating better" than during the first wave, and so even if there is not a "fully coordinated approach", the exchange of experiences "will probably help countries in their national strategies", says Berenberg.

And the Brexit? Well, it has become something like a never ending tale. Although the British Prime Minister, Boris Johnson has once again cooled down expectations of a possible trade dealThe truth is that there is a certain optimism about it. "The possibilities of an agreement seem to be increasing," points out the German firm, which despite recalling that the three issues of discord (fishing, equal conditions and dispute resolution mechanism) have not been fully resolved, it seems that "the negotiators are working hard on a legal text "that could result in an agreement. "We expect the negotiators to present it shortly, but probably not this Thursday," they conclude. Not without first remembering, of course, that "the result is still wide open".

A Simple Step to Keep Your Crypto Safe

The Ibex falls eagerly pressured by the banks, Telefónica or Repsol