The Ibex falls eagerly pressured by the banks, Telefónica or Repsol 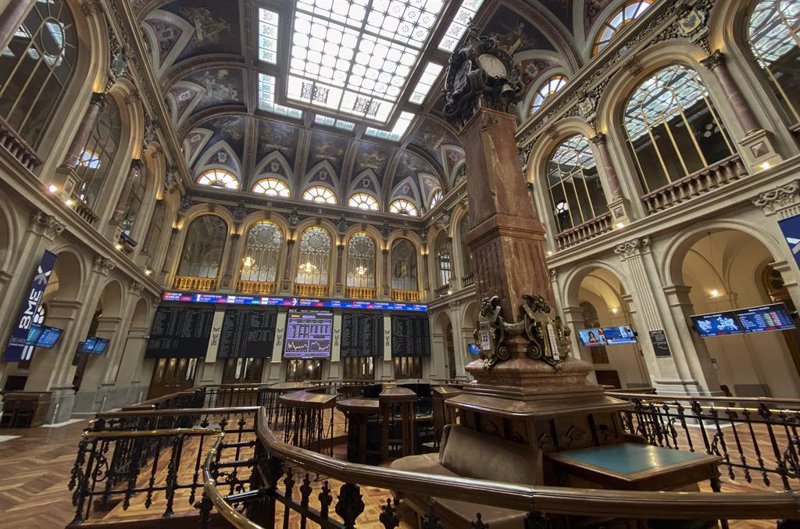 The Ibex is moving away at this time from the resistance of 8,000 points (-1.13%. 7,891), pressured by the falls of the banks, Repsol or Telefónica. However, the selective stays close enough to this level that it can be attacked again at any time. Wall Street experienced a day of notable declines this Wednesday (-1%) while in Asia have also clearly dominated the red numbers today.

After Pfizer said a week ago that its vaccine is 90% effective, Moderna reported that its vaccine is 95% effective, prompting Pfizer itself to raise the effectiveness of your vaccine also to 95%. The vaccine war is more than open and now the pharmaceutical companies are going to put on the table what they are achieving. The AstraZeneca vaccine elicits an effective response in all adults, as reported by the company this Thursday.

Meanwhile, Wall Street fell back for the second day in a row after New York Mayor Bill de Blasio announced school closings in response to increased Covid-19 cases. "With death rates starting to rise again in Spain and Italy, and infection rates reaching a record high in Japan, this winter looks like it will be long and dark in the northern hemisphere"warn the experts at CMC Markets.

"With infection and hospitalization rates on the rise, and the risk that current closure restrictions will remain or be extended through 2021, the likelihood that any economic damage will become permanent will only increase. These risks must be offset. for the long-term benefits of a viable vaccine, which even if you start applying next year, it could take up to two years to make a difference"these analysts add.

This thursday there european summit, a summit that was going to focus on Brexit and that, after Hungary and Poland were blocked from budgets, will focus on the financial future of the European Union (EU). "European leaders will meet today in a video conference. … The meeting is likely to focus on break the latest deadlock in the EU budget and the approval of the recovery fund, after Hungary and Poland halted the ratification process on Monday over concerns about the rule of law mechanism. You also have to be aware of comments on Brexit's lack of progress"Danske Bank experts say in their daily report.

At the business level, investors are pending in Spain of Rush, after various media have published that the businessman Blas Herrero has presented an offer by the group's media of between 150-200 million, and in cash. The CNMV has suspended its listing.

Finally, regarding the technical aspect of the Ibex, if in the end it manages to regain those 8,000 points, the experts at Bolsamanía indicate that it is very likely that end up extending the hikes to the level of 8,375 points, maximum of the bearish gap that will be left in the month of March.

Not just Brexit: the EU gambles 1.8 trillion in a summit 'animated' by Hungary and Poland

BBVA will sell TSB and break with Allianz and Amundi if it buys Sabadell, according to Barclays