When will the nightmare at SEPE end? ERTE and subsidies are still accumulating 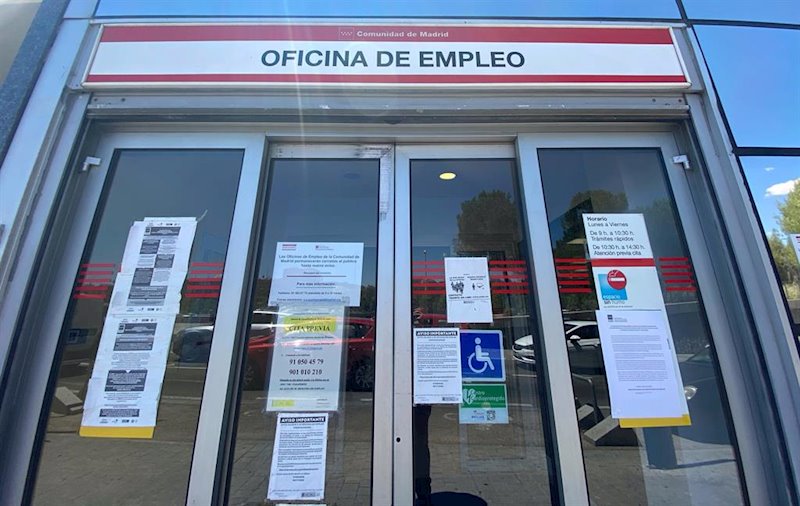 Several months have already passed since that fateful March in which economic activity suddenly stopped. Unemployment benefits, avalanche of Records of Temporary Employment Regulation (ERTE) and other aid collapsed the offices of the State Public Employment Service (SEPE), bringing with it failures and delays in its processing and collection that have affected many Spaniards. Even today, with the new year, the nightmare continues for many.

During the first months of the first state of alarm decreed in the pandemic, the exceptional measures to make the impact of the closure of economic activity were minor, the SEPE collapsed, which also had to deal with the increase in other procedures. Some affected had to wait months and months to see that the collection was effective. Such was the chaos, that the Government and the SEPE signed an agreement with the banking associations whereby credit institutions could advance payment of benefits by unemployment to people affected by the coronavirus crisis.

In midsummer, SEPE itself produced a guide explaining the possible causes and solutions to these problems depending on the circumstances of each one and of the company and that they went through a wrong ID or a wrong account number. "As long as there is an error in the DNI, it is no longer processed", pointed out the Minister of Labor, Yolanda Díaz.

Back in July, the offices reopened, recovering face-to-face work, in the hope that the chaos would subside. Nothing of that. With them already at full capacity, the problems that those affected by an ERTE continued and many saw how they received a performance below or above the corresponding, they continued to get paid after joining the job, they did not receive the additional part for having dependent children, or they simply had not seen the money yet.

As if that were not enough, the Covid-19 pandemic did not come to an end. With the ERTE extended for a longer time, a new figure was created designed for when there was a case of regrowth and intended for those companies that with the de-escalation had returned to carry out their work recovering employees, but were forced to re-apply for an ERTE. To re-benefit from the aid, the company had to re-file with the labor authority the ordinary ERTE procedure due to force majeure.

With the new extension of the ERTE already effective, many affected went through the same thing again: not receiving payment. Even those who had been receiving the money correctly found that they had not been paid what was due.

During all this time, the SEPE and Social Security workers have recognized that, despite the fact that "reinforcement measures have been adopted", the means they have are "prehistoric", nothing to do, by the way, with those of the Treasury, they say. And so "it is impossible".

Such is the desperation of some, that a black market has even been created for the sale of previous appointments to be attended at the SEPE offices. They come to pay up to 90 euros.

As if that were not enough, the SEPE website stops operating normally until January 4 having to perform maintenance tasks at the Electronic Headquarters.

It is true that the ministries have taken some measures to try to fix the funnel. But, nevertheless, from the SEPE they have come to deny that such chaos exists. "There is no ERTE pending payment", "all requests are recognized," said the general director of the service, Gerardo Gutiérrez, a little over a month ago, who did acknowledge that the workload has been multiplied by six.

The different unions have requested on numerous occasions to reinforce the SEPE staff, as well as the extension of the afternoon shift, since the authorized overtime hours are not sufficient to face the current workload, in addition to the incorporation of technical means and adequate materials to respond to the requirements of the entrusted management.

According to the barometer of administrative managers with data collected between the days of December 21 and 28, around 300,000 people have not received any kind of subsidy from ERTE and practically 500,000 employees have problems with the amount of the collection.

Recovery in 2021? It will be slow in Europe in the face of "vertigo" growth in the US