Oil surge due to a pact in OPEC + to cut production 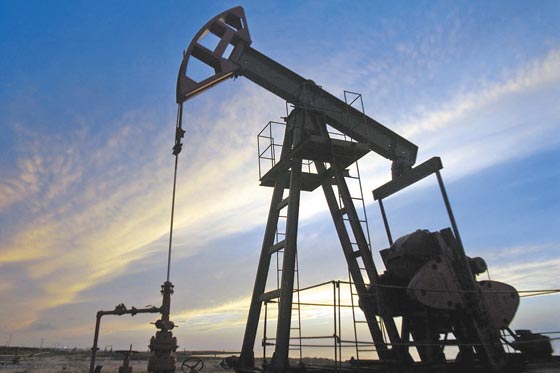 Oil has collapsed. The barrel of Brent rises about 5% to $ 53.64, and that of West Texas it advances 4.87% and is very close to exceeding $ 50. The OPEC + It met again this Tuesday and has decided to ease the adjustment of its production, as planned, but with an additional effort from Saudi Arabia.

The agency has agreed after two days of negotiations reduce production cut by half a million barrels per day, which will be 7.2 mb / d in January instead of the current 7.7 mb / d, as they had agreed last December, although Saudi Arabia will make a greater effort to allow Russia and other countries to increase their offer.

OPEC + was unable to reach an agreement on Monday, and has resumed its meeting on Tuesday to try to do so. According to Reuters, citing up to four sources close to the matter, Russia and Kazakhstan insisted on increasing production by half a million barrels a day while Iraq, Nigeria and the United Arab Emirates have suggested staying as is.

An internal document of the organization, to which this agency has had access and dated January 4, considered various scenarios for 2021, including the possibility of cutting production by 500,000 barrels a day in February. It also regrets that "the return to restrictions is slowing the rebound in shale demand."

According to the distribution of the adjustments planned for the coming months, Russia and Kazakhstan will be able to increase their production by 65,000 and 10,000 barrels per day in February and March, while Saudi Arabia will not increase its production

In fact, the Saudi Minister of Energy has revealed at a press conference that your country will "voluntarily" cut its production by one million barrels a day between February and March, including its corresponding adjustment, thus maintaining its crude supply at 8.125 mb / d throughout the period.

OPEC + producers have been reducing (or maintaining) their production since 2017 so that the supply does not end up overwhelming the demand, which is increasingly meager. In April 2020, Brent traded below $ 16 forcing the agency to raise its production cuts to a record 9.7 million barrels per day.

With Brent above $ 50 a barrel, OPEC + has recently seized the opportunity to raise its production by half a million barrels a day, currently placing its cuts at 7.2 million.

The communities have administered only 18.71% of the doses of vaccine delivered