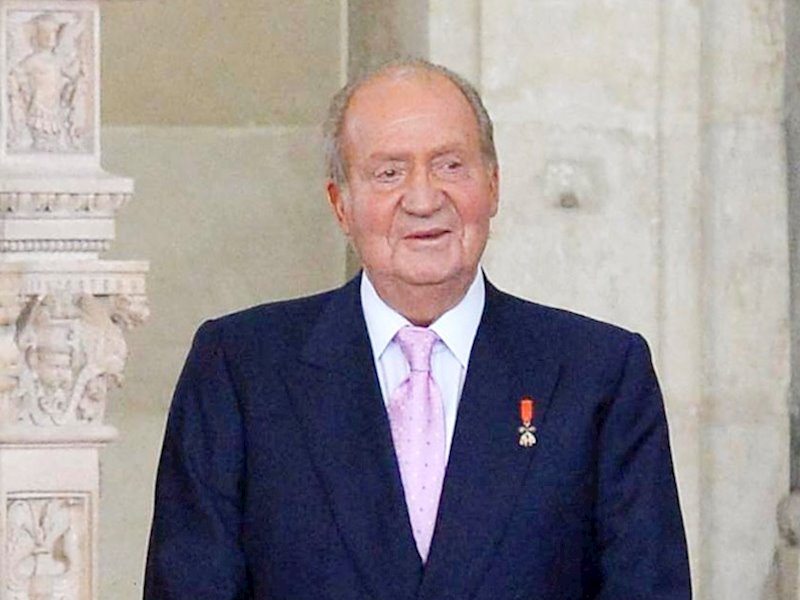 King Juan Carlos turns 83 this Tuesday and it does in the United Arab Emirates, where he has been for five months due to his alleged shady deals and scandals, and with total uncertainty about his return to Spain. Juan Carlos traveled to Abu Dhabi on August 3, with hardly any news about his whereabouts or physical condition, except for the photograph published last Sunday in which he can be seen with difficulty walking.

Felipe VI's father had planned to return to Spain for Christmas, but finally did not do so, claiming that he was a high-risk person in this pandemic situation.

However, he maintains that his stay in the Arab country is temporary and that "he is looking forward to returning," according to the monarch's closest environment.

Despite this, the UAE has advantages such as shielding its privacy from media pressure, since, since his departure, only two photographs of the emeritus have been published. The first of the moment in which he got off the plane upon arrival in Abu Dhabi, a few days before the Zarzuela Palace officially announced that he was in the emirate.

On the other hand, the second image came to light this Sunday in the Telecinco program "Viva la vida", in which he can be seen wearing a mask and walking with difficulty supported by two bodyguards on one of the docks of the port.

In recent weeks, some media published that he had undergone some check-ups at a clinic in the emirate after the heart operation that he underwent in August 2019.

In mid-December, information about the king came to light in which it was said that he was hospitalized with Covid-19, although the royal house denied that he was admitted at that time, without giving further details.

That has been the only pronouncement of the Zarzuela since August on Juan Carlos I, retired from public life since June 2019, but who is still a member of the Royal Family and retains the honorary title of King.