The services sector continues to be weighed down by the virus in December, but shows signs of improvement 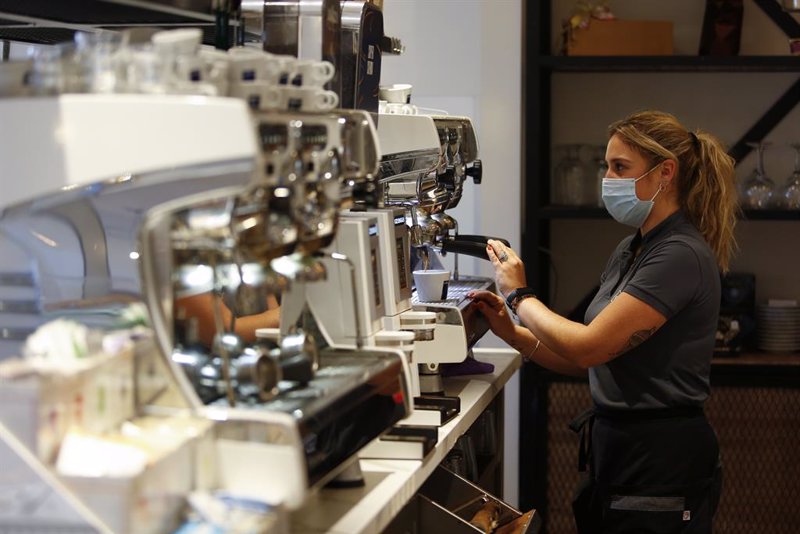 The The slowdown in the Spanish service sector economy continued until the last month of 2020, albeit to a much weaker degree than recently observed. Activity and new orders continued to decline, but at a slower pace, according to the Markit Purchasing Managers Index, while confidence about the future improved markedly to a two-and-a-half-year high on positive developments from vaccines related to the pandemic.

The Commercial Activity Index, which is based on a single question in which companies are asked to comment on the evolution of their activity with respect to the previous month, registered 48.0 in December, showing a notable improvement compared to the 39.5 reported in November and the best reading since modest growth was observed last July as the sector was emerging from spring's national lockdown.

There was a notable relative improvement in the behavior of the private sector in December, signaled by a marked increase in the Composite index of total activity up to the level of 48.7, compared to 41.7 registrated in November. The increase in the index was mainly due to a sharp slowdown in the rate of contraction of service sector activity, while there was also a return to modest growth in manufacturing output.

Despite everything, the levels of new orders received continued to decline, which fell in December for the sixth consecutive month, especially in the sectors most exposed to social contact such as tourism and hospitality.

"The persistent lack of new orders received made it possible for companies to once again comfortably catch up on workloads in general, underscored by a drop in pending orders for the tenth consecutive month," the IHS Markit PMI report states.

However, looking ahead to the next twelve months, business confidence continued to improve to its highest level in two and a half years, since hopes increased that a strong economic recovery will take place by this time next year.

Still no roscón de reyes? These are the best home delivery patisseries