Europe collapses due to the advance of the virus: the Ibex falls 2.1% in the week 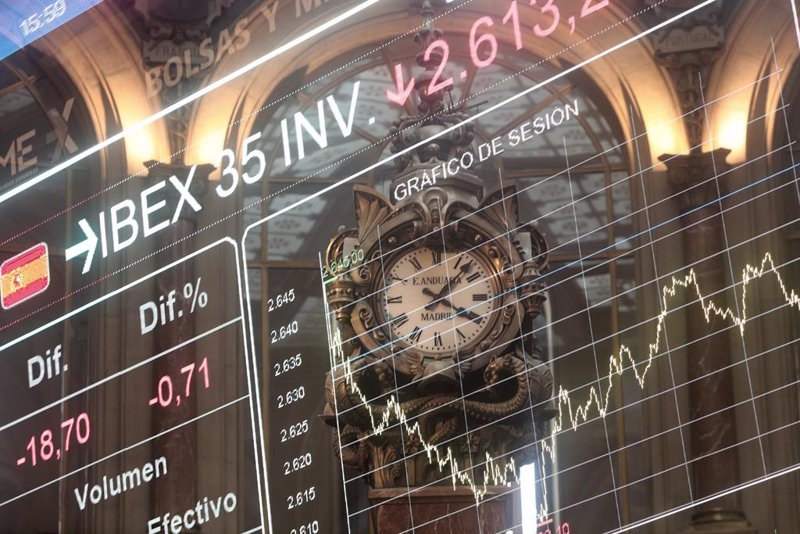 He IBEX 35 (-1.69%) has increased losses in the last bars of the session and closed at the edge of 8,200 points. The red numbers of this Friday have sent the Spanish selective 2.11% below the level at which the week began. Investors already know the Joe Biden's stimulus plan, which has been valued at $ 1.9 trillion. However, the anticipation of these stimuli does not offset the negative sentiment of the Covid-19, which continues unchecked in Spain and in the rest of European countries, as well as in the USA.

At the business level, Bolsamanía publishes this Friday that Telefónica "will continue to sell towers" telecommunications to clean up its balance sheet and boost its share price.

The most bearish values, with falls of more than 2%, are Siemens Gamesa, Indra, Sabadell and CaixaBank.

In addition, investors already know the results of JP Morgan Chase, Citigroup and Wells Fargo. American banks have outperformed forecasts with their profit, but Citi and Wells Fargo's revenues have disappointed.

On the other hand, the pharmaceutical Pfizer has announced that it will reduce shipments to Europe by Covid-19 vaccine, which it has developed together with the German BioNTech, during the end of January and the beginning of February. All of this with the aim of increasing production from the middle of next month.

On the economic agenda, inflation in Spain has closed the year with a negative rate of -0.5%, after rising 0.2% in December in December. In addition, December retail sales in the US they have been considerably worse than expected, which shows that the stimuli are much needed. The consumer confidence January, prepared by the University of Michigan.

Wall street closed with slight falls and at the close of the European market it is falling 1%, considering that the new stimuli from biden They will boost economic growth, but they will also weaken the country's fiscal position, by raising its public deficit even more, since it does not include tax increases. "It has been a case of buying the rumor and selling the news"says David Madden, analyst at CMC Markets.

In Asia, slightly bearish day in the main markets, with a negative role for Xiaomi. The mobile company has collapsed because the US has included it in its business 'black list' along with other Chinese companies.

At the strategic level, the analysts of JPMorgan AM continue to view the market constructively, but do not hesitate to point out three great dangers that threaten our wallets: the evolution of the pandemic and the effectiveness of vaccines, the trade war between China and the United States and the possible withdrawal of stimuli from central banks.

By technical analysis, the Ibex "continues to consolidate levels after overcome key resistance at 8,322 points. Its technical aspect is good, since the selective is shaping a bullish continuation figure, "he says. Cesar Nuez, an analyst at Bolsamanía.

"For the next days", adds this expert, "everything seems to indicate that We could end up seeing an extension of earnings to the 9,000 point level. The first level of support is in the 8,200 points. As long as it remains trading above this price level we will not appreciate even the slightest sign of weakness in its price series. "

The Ibex fails to hold above 8,322 points