More curfew and punishment for the hotel industry: this is how the CCAA battle against the third wave 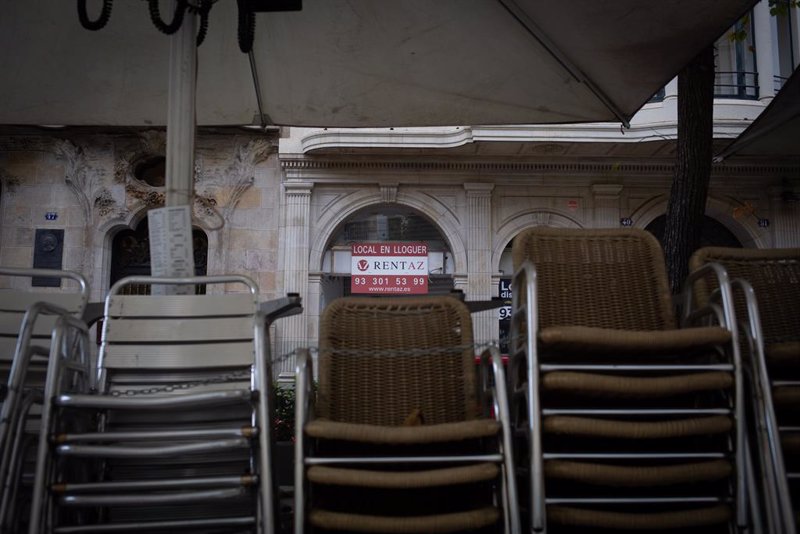 The advance of the coronavirus in this third wave has pushed the autonomous communities to continue increasing restrictions to try to stop in this way the infections that continue to rise, with a cumulative incidence in 14 days of 492.88 cases per 100,000 inhabitants. Health insists that complying with regional measures is "the only way to bend the curve" and rules out a possible confinement of the population, despite the demands of some communities, the health sector and experts.

We go on to review the main news according to each Autonomous Community.

In Andalusia, toughening measures are not ruled out and for the moment the curfew has been brought forward at 10 p.m. (it could be an hour earlier) and it is expected that mobility between the provinces of the community will be restricted, which will be closed until 25 January.

In addition, it establishes the closure of the hotel business at 6:00 p.m., Except for the cafeterias, which runs at 8:00 p.m., just like the shops. Meetings are for a maximum of six people.

Aragon expands restrictions and establishes the perimeter closure of all municipalities with more than 10,000 inhabitants that exceed a cumulative incidence in the last week of 250 cases per 100,000 inhabitants. The affected municipalities are: Zaragoza, Huesca, Teruel, Calatayud, Utebo, Ejea de los Caballeros, Alcañiz and Tarazona.

Likewise, the community advances the curfew at 22:00 and limits meetings to four people, both in the private and public spheres, unless they are living together. Finally, from Friday to Saturday, the non-essential activity will close at 6:00 p.m., the rest of the week it can open until 8:00 p.m. as before.

Maintains the perimeter closure and has decreed for fourteen days, starting this Thursday, the advance of the closure of the hotel industry and all commerce in the region from 11:00 p.m. to 8:00 p.m. and the curfew one hour , which means that mobility will be limited between 10:00 p.m. and 06:00 a.m.

The regional Executive also agreed to confine within the limits of its municipality the nearly 10,000 residents of the council of Grado.

Also notable among the new measures is the prohibition of tobacco consumption on the terraces and creating a list of people who have to quarantine and of those who must remain at home isolated due to the pandemic, which will be transferred to the Security Forces and Bodies.

As announced by the Deputy Minister of Public Health and the Covid-19 Plan, Antonio Zapatero, a series of measures have been adopted that affect the entire region and that will come into force next Monday. Specifically, the Curfew at 11:00 p.m. and bars and restaurants must close at 10:00 p.m.

The Balearic Executive has decreed the closing bars, restaurants, department stores and gyms until January 30, and the curfew is between 10 p.m. and 6 a.m. In addition, social gatherings have been limited to the same coexistence group.

Commercial establishments and supermarkets that remain open due to size or because they sell essential products have to reduce the capacity of their car parks to 50% and their interior to 30%.

It will last until the 17th covid test control for travelers from other places in Spain arriving by sea or air.

The Government has extended for one more week, until January 24, the current restrictions to stop coronavirus infections, including perimeter confinement in municipalities, as well as the closure of shopping centers and gyms, as well as the opening to the public of bars and restaurants on two strips hours: from 7:30 to 9:30 to serve breakfast, and from 1:00 to 3:30 p.m. to serve meals; the terraces will remain open with a safety distance between tables and the interior of the premises will be restricted to 30% of the capacity.

Castilla y León closes perimeter all provinces and advance the curfew at 8:00 p.m., also close the interior of bars and restaurants, shopping centers, gyms and gaming and betting establishments and venues throughout the community.

Castilla-La Mancha also keeps the region confined to the perimeter, and there is a restriction on mobility in all the municipalities of Ciudad Real, where the curfew is between 10 p.m. and 7 a.m., while in the rest of the territory it is between 12 a.m. and 6 a.m.

The permanence of groups in public and private spaces has also been limited to a maximum of six people, except cohabitants.

It has extended for another 30 days from this Friday night the interior closure in hospitality and the commercial establishments of more than 400 meters squares will not be able to open weekends and the capacity in culture will be reduced.

It has suspended the acts of more than 300 people and for those who gather between 30 and 300, a prior authorization must be requested from Public Health

Maintains the one-month extension of the community perimeter closure and the curfew between 10 p.m. and 6 a.m.

It has banned since this Thursday and for a week inter-municipal mobility in all the towns in the region, Except for justifiable reasons, and has extended to all municipalities with more than 5,000 inhabitants the closure of non-essential hotels and commerce.

It has also extended "alert level three aggravated" for 28 days, which means maintaining the curfew at 22:00.

The capacity continues to be 30% for commercial premises, 40% for the hotel industry indoors and up to 50% abroad, and 35% for hotels and rural accommodation.

Perimeter fence of Vizcaya, Guipúzcoa and Álava, and of the municipalities that are in the red zone. The meeting limit is set at six people and the cessation of activities at 9:00 p.m.

Likewise, the closing hours of the hotel business continue between 8:00 p.m. and 6:00 a.m., and of these establishments in municipalities with a rate of more than 500 cases per 100,000 inhabitants.

Among the most notable measures are the limitations on social gatherings, which now go to a maximum of four people, whose meetings at home are prohibited and may only be between cohabitants, the advance of the curfew at ten o'clock at night and the restrictions in hospitality, which will have to close their establishments at six in the afternoon.

Mobility, for its part, will be limited to the maximum and no one can travel between municipalities except in exceptional cases.

Close the non-essential establishments at 5:00 p.m., approve the continuity of the perimeter closure of the region and the limitation of meetings to four people. Also of the limitation of night mobility between 10 p.m. and 6 a.m.

The president has reported the joint closure of Logroño and Lardero and Villamediana, which due to their proximity constitute a single unit for the perimeter closure. In addition, family visits and departures from senior centers are suspended.

The measures will come into effect this Saturday, January 16 at 0.00 hours and will remain in force until the early hours of the next 31.

Among the most prominent restrictions is the advance of the closure of the hotel business at 21:00 (set at 22:00 today) and the smoking ban on terraces and barrels located outside some establishments. Smoking is also prohibited in the street if you are on the move and in large surfaces and shopping centers the capacity is reduced to 30%.

The Valencian Community maintains the Perimeter closure of the region and night curfew at 10 p.m.. In addition, 26 municipalities also have a perimeter closure. Likewise, the Generalitat has published a resolution this Tuesday that expands the non-face work of its staff to 50%.

The hospitality industry, for its part, must close at 5:00 p.m., at the tables there may not be more than four people and the maximum number of people in social gatherings will continue to be six.

They have also extended their respective perimeter closures. Both maintain the curfew from 10 pm to 6 am and while Melilla maintains the maximum number of meetings, Ceuta cuts to four.