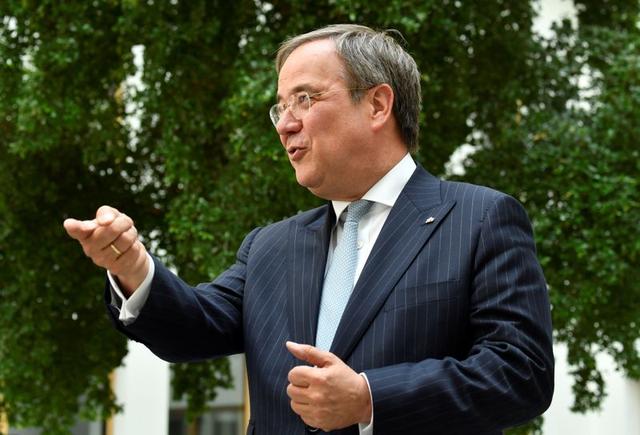 The centrist Armin Laschet, Prime Minister of North Rhine-Westphalia, is the new president of the Christian Democratic Union (CDU) after winning the vote held this Saturday in the digital congress of Angela Merkel's party. Experts say that the party has elected the candidate who most closely resembles the outgoing chancellor "in politics and style."

Laschet, head of the country's most populous state, defeated Merkel's critic Friedrich Merz in a runoff after Norbert Roettgen, chairman of the Bundestag's foreign affairs commission, was eliminated in the first round of voting.

"I am aware of the responsibility that this work entails and I will do my best to do it well in the next regional elections and to guarantee in national elections that the next chancellor comes from the Union", said.

Laschet's victory, Bloomberg points out, is considered good news for those in favor of greater integration of the European Union and commitment to China and Russia. With Merkel's resignation after the September elections, there is intense attention to what happens in Berlin as Europe tries to jump-start an economy devastated by the pandemic, reestablish transatlantic ties with the incoming US administration and take a bigger role on the world stage.

Of the three candidates, Laschet has been Merkel's biggest supporter and the one most likely to maintain her centrist course, resisting the challenges of the nationalist alternative for Germany and the liberal Greens party, while maintaining her commitment to the European Union. "The Germany that I imagine is a European Germany"Laschet told delegates before the vote.

Does Grayscale have enough clout in the cryptocurrency market to sway the price of Bitcoin?

In theory, the conditions exist for Cellnex to restructure upward again