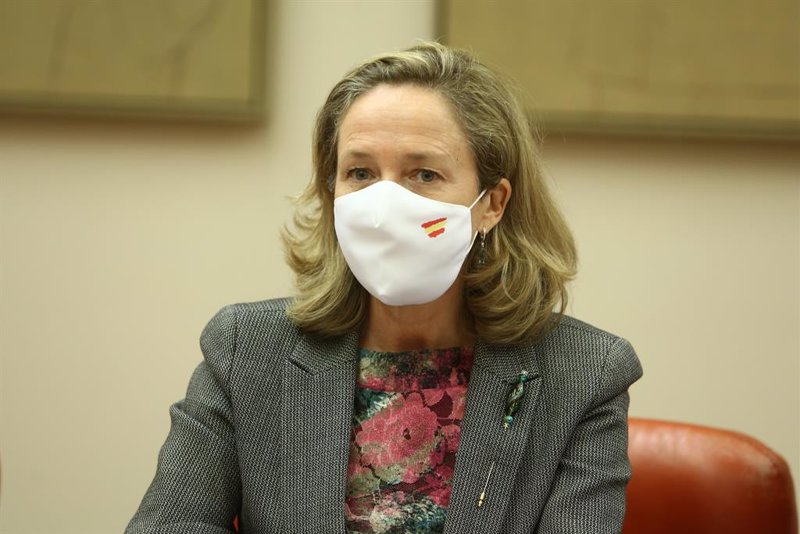 The Third Vice President of the Government and Minister of Economic Affairs and for Digital Transformation, Nadia Calviño, has confirmed that the sending of labor reforms and the pension systems to Brussels is "in process".

Calviño has assured this Monday that the details of both processes, which are the only ones who have not moved Until now to the community authorities of the recovery and resilience plan, they will not take long to be completed.

The vice-president informed the media after her meeting with the Eurogroup via videoconference. Claims that she does not have the function of sending the report: "I have not been able to speak with the Presidency of the Government, which is the one who is formally in charge of sending the documentation, and then I don't know if they have already been sent in the course of today. The sending of these two missing files is in process. "

Two days ago, the 28 projects of the Recovery, Transformation and Resilience Plan were sent to the European Commission, which consists of 30 documents. Thus, Brussels demands the details on the reforms of the labor market and the pension system that are still lacking. The Spanish Executive affirms that he hopes to achieve the "maximum consensus" with the social agents.

The Vice President of Economic Affairs has stressed that the discussions with unions and employers in the tables that debate the reforms and investments that are included in the plan, it has nothing to do with exchanging documents with community authorities. It also defends that Government is working "package of actions and elements" of the pension system, an issue that is "within the social dialogue".

In addition, he stressed with respect to the reform of the labor market that there is a "total alignment" on the diagnosis of imbalances "that drag the Spanish economy for decades" and on which the "maximum consensus" must be achieved.

Beyond these two components of the recovery plan, Calviño recalled that this year's PGE foresees investments worth about 27,000 million euros from European anti-Covid funds and has indicated that four "invitations" have already been published for "to specify future reforms", as well as that "other bidding processes are already being prepared".

In this sense, he has stressed the sense of "urgency" and the importance of achieving a "full implementation" of recovery plans.

To this end, he has urged the rest of the EU finance ministers and the European institutions to "concentrate all efforts" on "this first part of the year" with the aim of "being able to have everything up and running as soon as possible."

"Recovery plans are countercyclical instruments and it is now that we need to make an investment and reform effort to try to offset the negative impact of the pandemic, especially in those countries most affected, such as Spain," he pointed out.

Along the same lines, he has trusted that the ratification process of the European recovery fund in each of the member states can be completed "in the first quarter of the year" and has indicated that the Government's intention is to present the national Recovery Plan. definitive "as soon as legally possible".

"We expected that the entire community process would be completed in January, it seems that it will be extended within the month of February and what we want is to be ready to present it when it is legally possible to do so," he explained.

Spain faces the worst weekend since the pandemic began: 84,000 infections

What will happen to the dollar in this new financial era, will it be replaced by bitcoin?