How to mine Dogecoin (DOGE)? 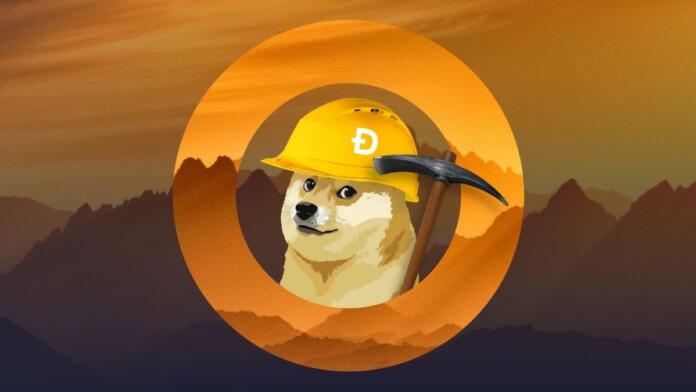 How is it possible to mine Dogecoin?

Dogecoin is a removable cryptocurrency, based on Work test, but it does not use the same algorithm as Bitcoin.

In fact, like Litecoin, it uses scrypt, which is a mining algorithm that requires different equipment and software, which which allows Dogecoin miners to also mine LTC.

On average, a new block is mined every minute, with a prize of 10,000 DOGE for the miner who succeeds in validating a block. High computing power equipment, such as ASICs, is not required to extract DOGE.

There are now more than 128 billion DOGEs in circulation, and they are increasing at a rate of about 5 billion per year. There is no upper limit to your supply, so it is inflationary in nature.

However, Dogecoin mining is less decentralized than Bitcoin mining, with the largest mining farm having about 20% of the total computing power, while the top three have more than 52%.

What it takes to mine Dogecoin

Since it is much less difficult than mining Bitcoin, Dogecoin can be mined individually if desired.

What's more, since almost 1500 blocks can be mined in one day, you are more likely to be successful in mining a block with DOGE than with BTC.

However, given the concentration of hashpower in relatively few large groups, a lot of computing power is required to be able to mine alone.

This requires dedicated hardware, particularly GPU and ASIC. Besides that, you obviously need dedicated software such as Pooler's cpuminer, EasyMiner for GPU mining or CGMiner or MutliMiner for ASIC mining.

For those who don't have a lot of computing power, it is possible to participate in a mining pool. In this way, users combine their computing power with that of other miners and share the revenue in proportion to the available computing power.

However, it must be said that there is some competition within the mining pools themselves, so to achieve significant profits, it is necessary to use a considerable amount of computing power.

To participate in these mining pools, it is necessary to register, download, install, configure and run the appropriate software.

Two of these are Prohashing and Multipool, which, for example, supports the combined mining of Dogecoin and Litecoin.

Actually, there is also a third option, cloud mining, which allows renting the equipment for mining on special platforms, but in this case some caution is required, since unfortunately cloud mining offers to often hide fraud attempts.

In this case, only those that do not promise any profit and leave the user responsible for configuring the rented machines can be considered theoretically reliable. As for the others, they often only lend money to companies that promise to use it for mining, but without giving any certainty.

Despite Dogecoin's claim to be the 'people's currency', the Dogecoin mining is not for everyone, although it is much easier than, for example, Bitcoin. Furthermore, the competition is such that it is very difficult to mine DOGE with non-dedicated equipment, which is not insignificantly expensive.

Ayuso sweeps in the elections and touches the majority: he only needs the abstention of Vox