Does releasing vaccines fix the problem? Many risks and few opportunities 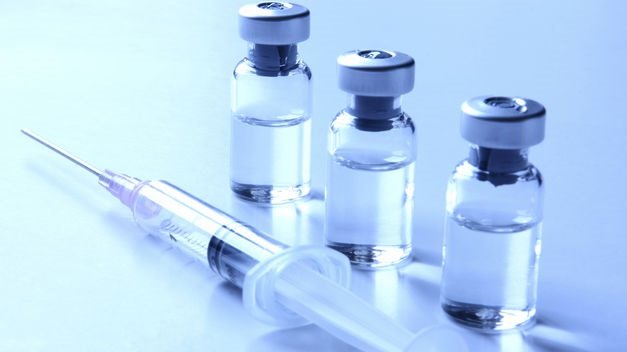 The sudden turn by US President Joe Biden on the liberalization of patents for Covid-19 vaccines has left profound political and sectoral repercussions that augur many ups and downs for pharmaceutical companies as this debate unfolds. The support of the first world power to the proposal of several countries presented to the World Trade Organization (WTO) to temporarily liberalize the production of inoculants, so that a greater number of doses reach places like India or South Africa, has forced to the European Union (EU) to address the matter and to assess the risks and opportunities of taking this step.

This Friday, the Twenty-seven have started the long road to a consensus stance, forced by the US. Until now, most of the capitals had been reluctant to this idea and from Brussels it had been insisted that for the EU the first option should be to bet on boosting the production and export of vaccines to poor countries.

The reaction within the Twenty-seven has been cautious and they have left open the door to debate But they have avoided going further in their public messages, despite the global outcry for this step to be taken, at least for the duration of the pandemic. At the same time, the main pharmaceutical companies that have developed vaccines against Covid-19 and that operate in Europe have already come out against the patent exemption proposal.

In addition, experts warn of the risks that the ‘open bar’ of patents may entail for the whole of society, especially in terms of taking into account the state investments in R&D that have led to the development of vaccines. "It would be a question of determining if these investments were only destined to stimulate the work of R&D, or were an effort of co-creation for the production and commercialization of the vaccines", indicates Yancy Vaillant, professor of Strategy, Entrepreneurship and Innovation in TBS in Barcelona.

In the case of a public-private co-creation alliance, on the one hand the pharmaceutical sector "It does not have the legitimacy to seize the fruits of public investment", he continues, while administrations "have much more power and control" over the commercial exploitation of vaccines even so ". "The problem is that the public sector does not usually fully assume the position (for ideological reasons or internal resources and capacities) of power that falls to them in the commercialization processes," argues the TBS professor.

In fact, “given the urgency when the epidemic arose, and the little negotiating power that public institutions had to impose their marketing conditions at first, it is unlikely that the private sector would have been encouraged to redirect all its cash to this vaccine. , without the expectations of significant returns in the case of success ”, assumes the also patent expert.

DOES LIBERALIZATION SOLVE THE PROBLEM?

Reactions in the sector range from indifference to outright negative, as they will be greatly affected, both in the current business and in its potential. In the case of Pfizer, the CEO, Albert Bourla, has called the initiative something that "is very wrong", in an interview with 'The Wall Street Journal'. For his part, the medical director of BioNTech -partner of Pfizer-, Özlem Türeci, has assured CNN that the suspension of patents "will not increase the number of doses that we will have available in the next 12 months".

As for Moderna, she is unconcerned about the matter as specified by its executive president, Stephane Bancel, who recalled that he already reported in October that would not enforce its patents of vaccines against the coronavirus. "They will have to conduct a clinical trial, obtain the data, obtain product approval and scale manufacturing. This does not happen in 6, 12 or 18 months," explains Bancel in 'The Daily Mail', so countries would continue to buy from them. vaccines.

Investors have already noted the fear of the consequences on the stock market, with a penalty of up to 10% in Thursday's session for these companies, despite the fact that on Friday they stabilized their price. “If public pressure dilutes the potential prize for the R&D process that can generate a successful patent, especially now at the end of the process (changing the rules mid-game), it will generate even more negative expectations that can be very unfavorable for the public welfare the next time that society encounters a pandemic or other similar crisis ”, argues Vaillant.

The pharmaceutical industry has contributed "significant amounts of human, financial and material resources, in addition to the opportunity cost of having abandoned other lines of research to dedicate almost exclusively to the development of a vaccine for Covid-19", recalls the professor of the TBS. And on the other hand, it is far from clear that patent liberalization will successfully tackle the problem of vaccine shortages. "It could have significant adverse consequences in the form of loss of innovation and potentially more doubts about vaccines," agrees Adam Barker, analyst at Shore Capital.

To this is added that the fact that the formulas are available to anyone, "will not end other manufacturing difficulties (eg bioreactors for adenovirus vaccines like AstraZeneca / Oxford) and complexity in ensuring correct quality control, which could lead to reduced supply, "continues Barker," not to mention all the knowledge of the processes. "In reality, it would be" more efficient "to allow the specialization of the countries or laboratories and facilitate the cross-border distribution of the products," concludes this analyst.