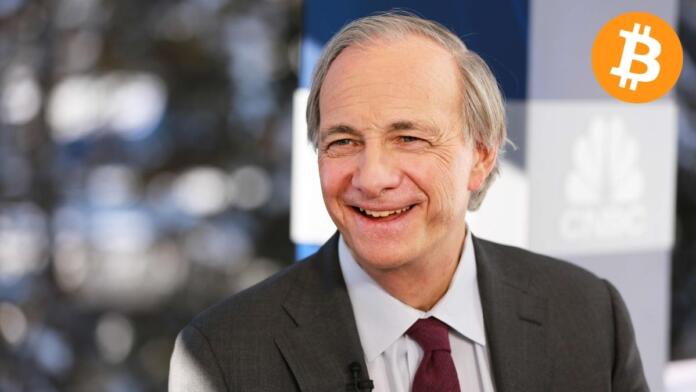 Ray Dalio owns Bitcoin. He revealed it himself.

The founder of Bridgewater Associates it said in the Consensus organized by Coindesk.

In the interview he admitted:

"Personally, I'd rather have bitcoins than a bonus."

It must be said that the interview was recorded on May 6. Therefore, it is not known if Ray Dalio still has Bitcoin or if he is one of those who participated in the liquidation these days, which caused the price of cryptocurrencies to fall. It is also not known how much he owns, or if he bought at a time of hype or beforehand.

However, in the interview, the founder of Bridgewater Associates, one of the world's largest hedge funds, also expressed concern about a scenario in which the inflation could drastically reduce the value of the dollar.

These few words confirm his philosophy: no bonds and still diversify the portfolio to protect against risks.

Ray Dalio and fears about Bitcoin

Ray Dalio has always been very skeptic with bitcoin. In particular, he has repeatedly feared that governments will, sooner or later, somehow ban the use of Bitcoin. Their hostility, in fact, is not related to volatility, but precisely to the fear that too strict regulation will make Bitcoin de facto illegal, which could lead to its collapse in value. His position has always been more related to uncertainty than to the opposition.

In fact, their fears have been confirmed by what has happened in recent days: all it took was that China to declare a new ban on the use of Bitcoin as a payment system, and to prevent financial institutions from offering services in bitcoin, to cause the price of BTC to plummet and drastically reduce the value of the most capitalized cryptocurrencies.

However, if what happened is still one of the most important corrections in the history of bitcoin, it must also be said that the price is recovering and only today is + 12%, and he's back at the $ 38,000 threshold after hitting $ 30,000 in the last few days.

In short, Bitcoin is proving to be strong, enough to convince even Ray Dalio to become a bitcoin holder.

Santander: and now for the weekly bearish gap of February 2020

The EU bans Belarusian airlines from flying over the European space