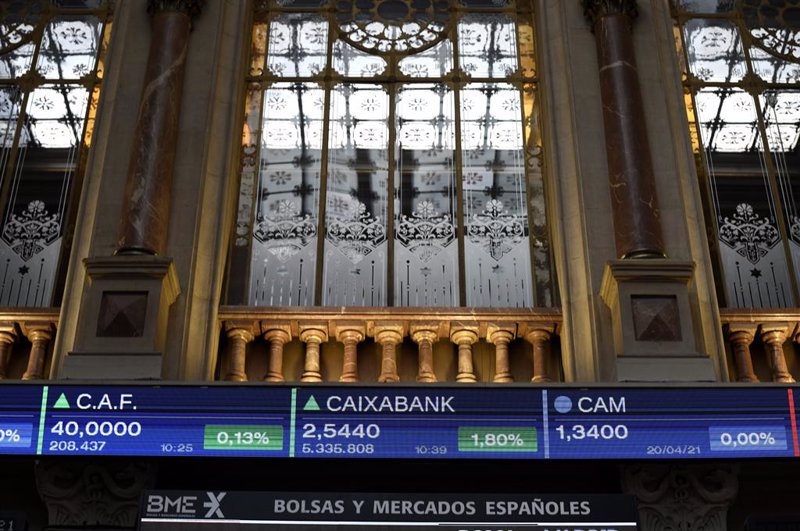 The IBEX 35 and the rest of European stock exchanges remain calm and maintain the good tone on this second day of the week. The Spanish selective rose 0.2%, to 9,226 points, and remained in the area of ​​annual maximums. Indra remains in focus after yesterday the council was unable to agree on the replacement of Fernando Abril-Martorell. Today the appointments committee meets again. It should be remembered that this Tuesday normality returns to the market of the Old Continent, which yesterday was more 'asleep' before the closing of the German Dax for a holiday.

Meanwhile, American futures are rising moderately. Wall Street ended this Monday with an outstanding appreciation and advances have also been imposed in Asia.

This Tuesday, investors discount the publication of the Ifo business climate index in Germany, which rose significantly to 99.2 points in May, according to data released Tuesday by the Institute for Economic Research at the Ludwig Maximilians University in Munich. The data is above the expectations of the experts, who expected an increase to 98 points.

The Ifo expectations index, which indicates the projections of companies for the next six months, improved steadily to 102.9 points in May from the previous month's 99.5 reading and better than market expectations of 101.4. In addition, Germany has also released GDP for the first quarter (fell 1.8%, in line with expectations).

The market is also closely following the entire crisis with Belarus, after the country decided to "hijack" a Ryanair plane to arrest an activist. The European Union (EU) has finally announced that it will impose sanctions on the country.

The European summit continues today. In addition to these sanctions on Biolorussia, the European Commission has been asked to report on how relations are with Russia, a country that maintains strong ties with Biolorussia.

Officials from the Federal Reserve (Fed) again downplayed the rise in inflation on Monday, noting that it is a transitory thing.

The governor Lael Brainard He said he has yet to see long-term inflation expectations rise substantially and that if they did, the Federal Reserve has the tools to deal with it.

Atlanta Fed Chairman Raphael Bostic commented that higher price levels do not appear to be "durable".

American bond yields have fallen to a minimum of two weeks after these statements. They are now at 1,606%.

"WE THINK IT WILL CONTINUE WITH THE BULL CLIMB"

Bolsamanía experts believe that the Ibex "will continue with the upward climb" and they insist that, for the moment, they do not appreciate "even the slightest sign of weakness."

Thus, they consider that for the next day the most normal thing is that we may end up seeing an extension of the gains up to the level of 9,500 points.

The EU bans Belarusian airlines from flying over the European space