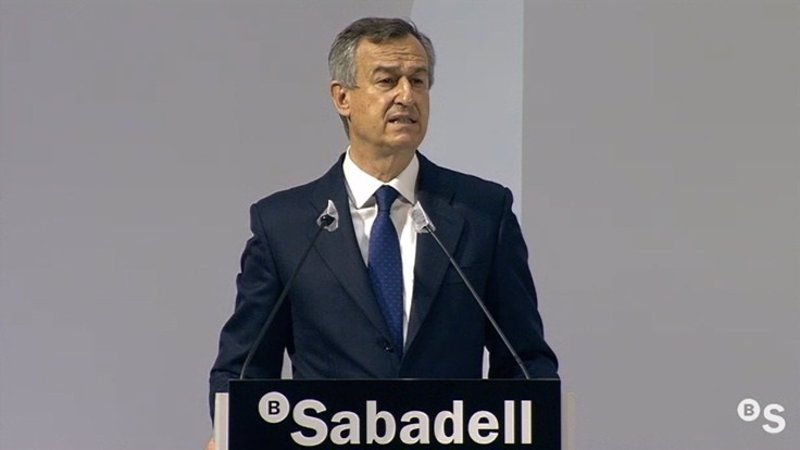 Sabadell will continue to be one of the Spanish banks that makes headlines about "corporate operations" despite his attempt to continue alone with his new Strategic plan, which was met with considerable skepticism by the market and strong falls in the stock market.

This is what Barclays analysts think after the presentation of their new strategy until 2023, under the leadership of the new CEO, César González-Bueno.

"The bank will continue to be worse than its competitors in 2023 (lower RoTE and worse cost indicators), which could open up opportunities for a further consolidation when considering synergies in the sector that add optionality to bank valuations ", argue the analysts of the British bank.

Sabadell has had an impressive recovery on the stock market in recent months after ending talks for a corporate operation with BBVA. At the time, the two banks broke the deck because the Basque entity was not willing to pay a control premium well above the market price.

Sabadell is currently trading at levels of 0.63 euros per share, with a market capitalization of 3,600 million euros. For its part, BBVA will receive in the second half of the year the funds obtained by the sale of your business in the United States, which will rekindle your interest in making a purchase in one of its main markets.

The entity chaired by Carlos Torres has already confirmed that it will not increase its participation in Garanti, your subsidiary in Turkey. And its other two main markets are Mexico, where he already occupies a leadership position; Y Spain, where it has been relegated to third position after the CaixaBank-Bankia operation.

For Barclays, Sabadell's big problem is profitability. González-Bueno has promised to achieve a RoTE of 6% in 2023, but these analysts anticipate that at most it will reach 4%. Meanwhile, the RoTE of your competitors will exceed 8%.

"We believe that asset quality remains the greatest risk to the stock. Sabadell trades at a 10% discount over its competitors, but we believe that it is not big enough given the risks", affirms the British entity.

Thus, they do not rule out that a corporate operation is the best option for Sabadell in the coming months, since it would be the best way to solve your profitability problems.

In the meantime, BBVA continues to grease its shotgun waiting for the best option to pull the trigger on the horizon. And Sabadell can go back to shooting in the not too distant future.

Vitalik Buterin talks about what awaits Ethereum and why it takes so long to launch Ethereum 2.0