Brussels approves Spain's recovery plan with which it will receive 69,500 million 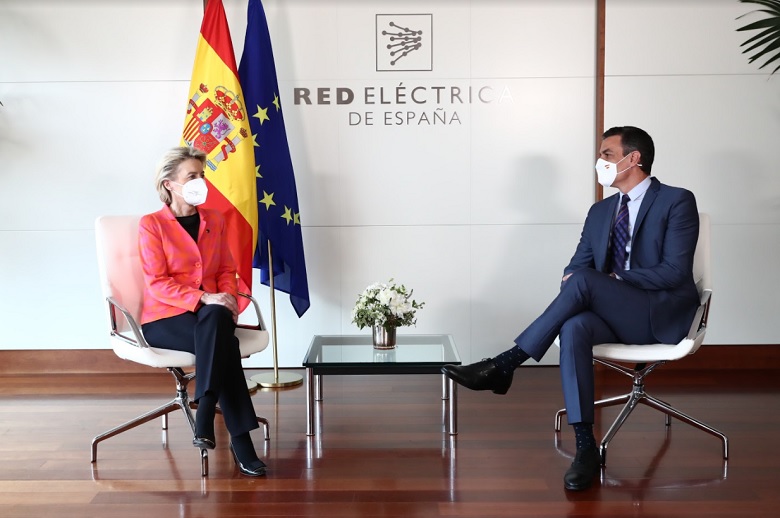 The European Union gives the go-ahead to the Spanish recovery plan and thus brings the arrival of the 69,500 million euros of European funds requested by the Executive of Sánchez. In this way, the Government it only needs the approval of the rest of the Member States from the EU to confirm yes to transfers.

In this way, and only in 2021, Spain will receive 19,000 million euros, which represents 13% of the total assigned. "This plan will profoundly transform the Spanish economy, making it greener, more digital and more resilient," said the President of the European Commission, Ursula von der Leyen.

The first transfers will be effective in July, when the EU sends the first 9,000 million in the form of an advance, as reported by Brussels. This will be as long as the rest of the Member States give their approval to the plan within 4 weeks. This is expected to be the case at the meeting of the Ministers of Economy and Finance (Ecofin) on July 13.

"It's a historic day that projects a new way of understanding the European Union ", said Pedro Sánchez, President of the Government, at the press conference after the meeting with Ursula Von der Leyen at Red Eléctrica. He also recognized the European directive that" it has always been shown next to Spanish society ".

Sánchez has also stated that he expects the rest of the member states to give the go-ahead to the Spanish project. It has also announced that it will convene a Conference of Presidents autonomous communities to talk about the recovery plan because "they are also the protagonists, like the thousands of mayors in our country."

For her part, the President of the Commission has indicated that she sees the future with "confidence" since "we are facing a moment in which economic recovery is beginning to be seen and vaccination plans are advancing". And has added that "With Next Generation EU we aim to transform our continent".

"The Recovery and Resilience Plan it's the beginning of the road and the European Union will be together with Spain. "He also highlighted the cooperation between the European institution and the Government of Spain in carrying out this plan.

On employment policies, Von der Leyen has recognized the usefulness of the ERTE mechanism during the pandemic so as not to permanently lay off workers. He has also affirmed that he has seen solid reforms in the workplace for potential job creation in the Recovery and Resilience Plan.

Spain some 140,000 million euros correspond of the 800 billion recovery fund with which the EU wants to lift the European economies out of the crisis caused by the pandemic and at the same time accelerate the green and digital transitions. For the moment, the Government has only requested 69,500 million which will arrive in the form of transfers and the part of loans to be repaid has been left for later.

The European Commission's evaluation considers that Spain's plan dedicates 40% of the funds to measures that support climate objectives and 28% to the digital transition, two fundamental conditions for the EU when allocating funds.

This approval comes after noon, Ursula Von der Leyen went to Lisbon to announce the approval of the Portuguese plan. This same week, he will travel to other countries of the union to confirm other recovery projects.

THE SPANISH PLAN, HIGHEST RATING IN TEN OF ELEVEN CRITERIA

Spain's recovery plan has obtained the highest possible rating from the European Union in ten of the eleven criteria that should be evaluated by the European Commission and only has received a lower grade in the remainder, which analyzed the estimate of the cost of each of the more than 200 reforms and investments contained in the document.

With regard to the latter category, Brussels has indicated that "the justification provided in the plan on the amount of total estimated costs is reasonable and plausible to some extent"and that is why it has been rated with the second highest grade, a 'B'.

The rest of the criteria have received an 'A' grade and, among them, the Community Executive highlights that the Spanish strategy to absorb European aid complies with the Obligation to dedicate a minimum part of the funds to the green and digital transitions.

The European Commission has also concluded that the Government's plan "contributes to effectively resolve all or a significant set "of macroeconomic imbalances about which it has been alerting for the last two years, as required by the fund's regulations as a condition for receiving aid.

Shiba Inu (SHIB) has been officially listed on Coinbase Pro