Shiba Inu (SHIB) has been officially listed on Coinbase Pro 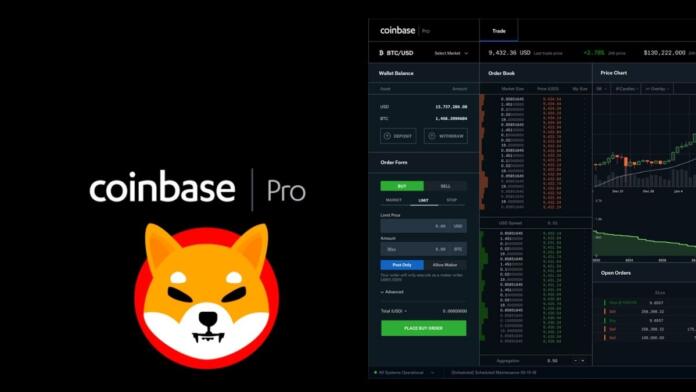 It's official: Shiba Inu has been listed on Coinbase Pro.

This was reported by the exchange itself, saying that SHIB deposits began yesterday, while operations will begin on Thursday, June 17 after 9:00 a.m. Pacific Time (PT), if liquidity conditions are met.

Coinbase's goal is to provide its clients, and in particular those on the Pro platform, with the crypto assets they want to trade. As the demand for the Shiba Inu token has been high, the exchange has decided to list it.

Trades will be available on SHIB-USD and SHIB-USDT pairs, and trading will start in the three classic phases of Coinbase, namely loading limit orders only in the first phase, the execution of limit orders in the second. and the complete negotiation in the third.

Also, if at any time one of the new order books does not meet the platform's requirements for a healthy and orderly market, it could be suspended.

All updates will be posted on Coinbase Pro's official Twitter profile.

In the announcement post on the exchange's official blog, Shiba Inu (SHIB) is defined as a token that aspires to be an Ethereum-based alternative to Dogecoin (DOGE). Unlike Bitcoin, which is designed to be scarce, SHIB is intentionally abundant. The Shiba Inu Token ecosystem supports projects such as an NFT art incubator and the development of a decentralized exchange called ShibaSwap.

As a result of this announcement, the price of SHIB rose yesterday in less than three hours from around 0.007 thousandths of a dollar to around 0.009 thousandths, and right now it is a 24% higher than yesterday.

In fact, the price of SHIB only soared in April, that is, two months ago, and right now it may even be inflated by a big speculative bubble, given that since April 16, for example, it has grown by 5,400% in less than a year. month.

Brussels approves Spain's recovery plan with which it will receive 69,500 million