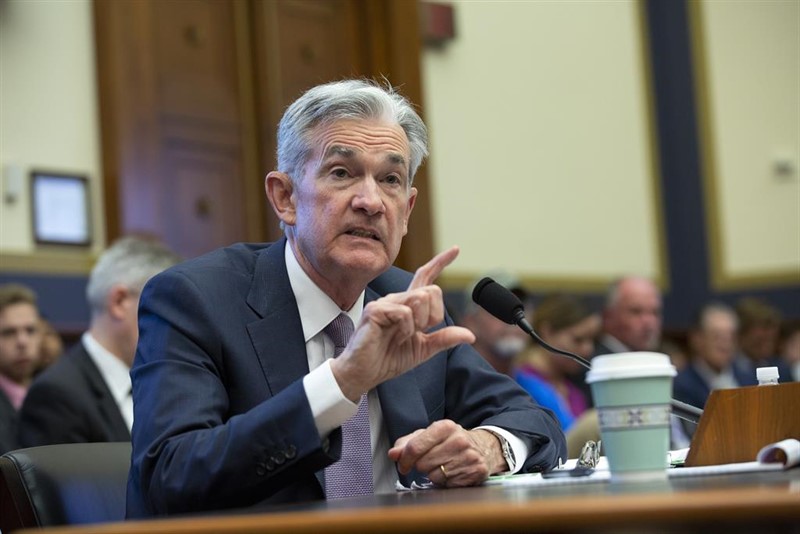 "If there is one thing the last 15 months have taught us, it is the power of strategy buy the falls as central banks continue to pour free money into the global financial system, "he explains Jeffrey halley, an Oanda analyst.

At the present time of the day, the president of the Federal Reserve (Fed), Jerome Powell, has returned to be a protagonist this Tuesday, when appearing in Congress before the committee that supervises the coronavirus crisis.

To the questions posed, the Fed leader has blamed the sectors most linked to the economic recovery after the coronavirus crisis the rise in prices. Specifically, it has focused on used cars and trucks.

To this, he added that "inflation has increased notably in recent months" due "in part" to the comparison with "very low readings from early pandemic; the pass-through of increases in oil prices to consumer energy prices; the spike in spending as the economy continues to reopen; and the aggravating factor of bottleneck of supply, which have limited the speed with which production in some sectors can respond in the short term. "

In his speech, he commented, as he did after last week's central bank meeting, that "economic activity and employment indicators have continued to strengthen, and this year's real GDP appears to be on track to record its fastest rate of increase in decades".

Although the central banker has reiterated his forecast that "as these transitory supply effects diminish, inflation is expected to recede towards our long-term goalFinally, he has promised that "the Fed will do everything possible to support the economy for as long as it takes to complete recovery. "

His words have liked the market, since they have not mentioned at any time the possibility of withdrawing the monetary stimuli applied so far, despite the fact that Robert Kaplan, Chairman of the Dallas Fed, believes that the reduction of bond purchases (tapering) has to start as soon as possible.

"I think that it would be healthier, since we are making progress in overcoming the pandemic and in achieving our goals, start adjusting these purchases -of Treasury bonds and mortgage-backed securities- Sooner than later"Kaplan said.

THE BITCOIN, IN MINIMUM

On the other hand, the bitcoin stands at $ 32,000 after touch six month lows. Purchases have enabled it to regain this price level, but the struggle between long and short It is unleashed now to see if the drilling of this price, which is considered a market floor, will be confirmed.

"The bitcoin has violated an important support level and we are likely to see more panic in the market as investors will think it may be the end, "says Naeem Aslam, head of analytics at AvaTrade.

In the rest of the market for 'altcoins', things do not look better. The second currency by market capitalization, Ethereum closed below $ 1,900 on Monday, affecting as many cryptocurrencies.

At the business level, European Union has officially opened an investigation into Google (Alphabet) and its online advertising business that can lead to the largest fine in the history that the company has faced. Despite this, it has rebounded slightly.

In addition, Exxon Mobil, which rises 1.92%, has denied that it is considering reduce between 5% and 10% your workforce office annually for the next three to five years, as reported by Bloomberg.

For its part, GameStop has risen sharply 10% after completing a previously announced sale of 5 million common shares, through which it has raised in the market more than 1,100 million dollars.

Negative forecast for the price of VeChain (VET)