Dogecoin is better than Bitcoin and Ethereum 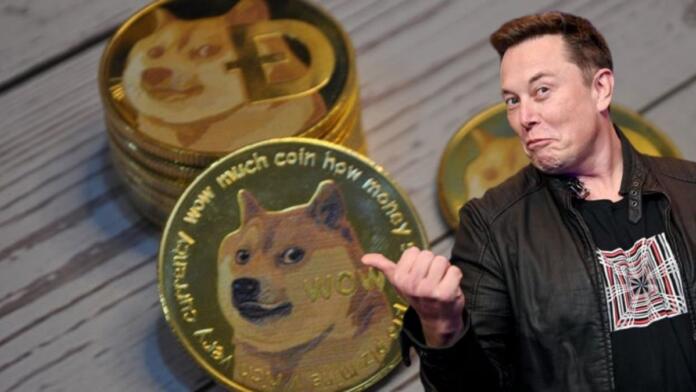 Elon Musk has again tweeted about Bitcoin, Ethereum, and Dogecoin.

He did it with a tweet in which he praised Dogecoin that unlike Bitcoin and Ethereum don't need a second coat to be scalable, guaranteeing speed and low transaction costs.

In response to Matt wallace, Youtuber pro Dogecoin, who stated that with the new update of DOGE it could become one of the most used currencies in the world, Elon Musk wrote:

"BTC and ETH are looking for a multi-layer transaction system, but the entry-level transaction fee is slow and the transaction cost is high.

Doge has the merit of maximizing the entry level transaction rate and minimizing the cost of transactions with exchanges that act as a de facto secondary level ”.

In fact, Elon Musk complains that Bitcoin and Ethereum only work easily with a second layer. In the case of Bitcoin, Lightning network it has become essential to enable fast transactions and is being used more and more.

Ethereum also takes advantage of second tiers (like Polygon), but with the transition to Proof of Stake, Vitalik Buterin aims to make the first level also scalable and, containing the cost of the fees that is currently very high.

Reactions to Elon Musk's tweet about Dogecoin, Bitcoin and Ethereum

Elon Musk's tweet obviously moved the price of Dogecoin, which today earns 5% and returns to 22 cents. BitcoinOn the other hand, it was not particularly affected by the words of the CEO of Tesla, on the contrary, it gains 1% today, returning to $ 33,000, after yesterday's decrease. On the other hand, Ethereum it remains in negative territory, which still loses 3% today, reaching around $ 2,100.

But what is striking are also the reactions of the community.

Elon Musk's tweet confirming his support for Dogecoin was greeted with a avalanche of criticism.

Response from Peter mccormack is significant:

In practice, McCormack advises Elon Musk to try going into space with improvised means, as he seems to want everything right away. On the other hand, the structure of Bitcoin, although undoubtedly slow, guarantees a lot of security.

Among the many who have noted the excellent performance of Layer 2, Calvin ayre He also checks to underline that BSV works very well without second tiers, reiterating without saying so, that Bitcoin Satoshi Vision is the real bitcoin.

One obvious fact remains: It seems that Elon Musk's tweets may no longer have the same effects on the market.