Fink, Cook … this will be Sánchez's tour of the US in which he will not see Biden 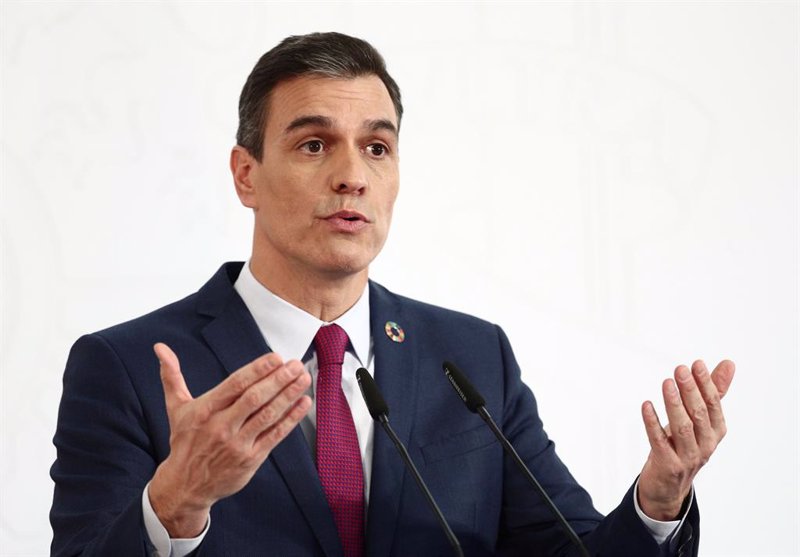 The president of the Government, Pedro Sanchez, begins its tour of the United States this Wednesday to promote Spain as an investment option. Will pass by New York, Los Angeles and San Francisco between July 21 and 23, and has already made appointments with top-level businessmen. You will see, for example, the CEO of BlackRock, Larry Fink, and also with the CEO of Apple, Tim cook, among others. Of course, in this American tour it is not planned that the socialist will see any representative of the Administration of Joe biden.

Moncloa has sent this Tuesday the program that Sánchez will follow in the US, full of meetings with high-level businessmen. This Wednesday, for example, the tour will start in New York, where the president will meet executives from companies such as Bank of America, Blackstone, Bank of New York Mellon, Fidelity, JP Morgan, Lone Star Funds, Morgan Stanley or Soros Fund Management, among others.

It will be at the meeting that has been organized at the Economic and Commercial Office of Spain in New York. But it won't be your only important appointment of the day. He will also have a working lunch with the co-founder of Bloomberg, Michael Bloomberg, at the company's headquarters, and subsequently plans a meeting with the CEO of BlackRock, Larry Fink, at company headquarters.

The trip, in which he is accompanied by Spanish entrepreneurs from companies such as Redpoint, Adara Ventures or Wall Box, will continue on Thursday 22 in Los Angeles with a visit by Sánchez to NASA's Jet Propulsion Laboratory (JPL) and with a meeting with the CEO of signatures like Netflix, HBO, Disney, Warner and Activision. Likewise, it will participate in the event Spain audiovisual hub at the NBC Universal studios.

Already on Friday he will travel to San Francisco, where the Chief Executive will close his American tour with such outstanding meetings as the visit to the Apple campus in Cupertino with the CEO of the company, Tim Cook, or the lunch that he will have with the CEOs of Intel, Qualcomm, PayPal, Levi's and Microsoft, organized by the CEO of HP, at The HP garage.

He will also meet with Spanish investors and entrepreneurs on the HP campus, and will participate in an investor event organized by AmCham Spain and by investor Steve Westly.

Although many miss a meeting with the president of the United States, Joe Biden, or at least with someone from his Administration on this trip. At the moment Sánchez does not have scheduled an appointment with members of the US Government, which has aroused criticism from the opposition, especially after the aforementioned meeting in the corridor that Sánchez and Biden carried out in the framework of the NATO meeting, and that it barely lasted 30 seconds.

SecuX the best hardware wallet of 2021