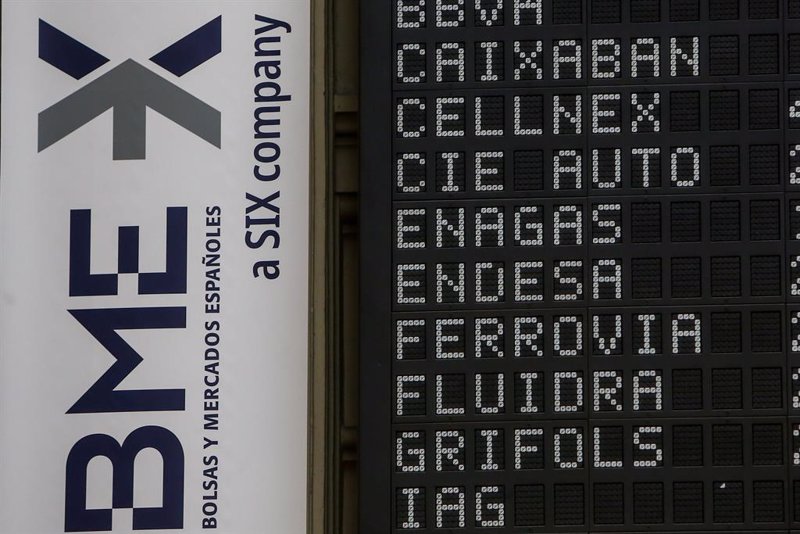 The IBEX 35 it rises 0.2 to 8,777 points, after marking an intraday high of 8,824 points. The index has tried to get closer to the resistance of the bearish gap of 8,855 points, driven by values ​​like Telefónica, Endesa and Repsol, but has come under pressure from tourist values, due to concern about the Delta variant of Covid-19.

The values ​​that fall the most are Amadeus, Meliá, IAG and Aena, which has received a downgrade of Deutsche Bank, due to the possibility that the United Kingdom toughen travel regulations for tourists visiting Spain.

In other featured news, Endesa and Iberdrola have posted gains after the government reduced the pay cut for hydroelectric and nuclear facilities to about 625 million euros from 1,000 million initially estimated.

What's more, the Government has authorized the voluntary and partial takeover of the Australian fund IFM to get up to 22.69% of the capital of Naturgy, although with certain conditions.

Regarding the results, the German car manufacturer BMW, has recorded losses after warning of the impact of the lack of semiconductors in the coming months.

On the contrary, the French bank Société Générale, has skyrocketed after presenting results that have exceeded consensus forecasts. Also, another automaker, Stellantis, has priced its quarterly accounts up.

In this context, "investors continue to wonder about the slowdown in industrial growth, fears that the Delta strain will affect services, the persistence of higher inflation and the moment when the Fed tightens its monetary policy, "say the experts at Danske Bank.

HISTORICAL DECREASE IN UNEMPLOYMENT IN SPAIN

The agenda of this day has gone through the data of the registered unemployment in July in Spain, where unemployment has fallen by 197,841 unemployed, its biggest monthly decline in history.

In the Asian session, the Reserve Bank of Australia interest rate decision, which has kept rates at 0.1%. The Australian central bank has also maintained its plans to reduce its bond purchases.

Many analysts, according to a Reuters poll, expected the RBA delay the planned reduction of your bond purchase campaign to maintain stimulus amid coronavirus shutdowns.

It was also news this morning the Tencent stock crash of about 10% and NetEase after Chinese state media rated the online game of "opium" and they will compare it to a drug. The published article also called for more restrictions on the industry to prevent addiction and other negative effects on children. The Hang Seng Tech Index is down 1.48%. The global Hong Kong Hang Seng Index has lost 0.32%.

TECHNICAL ANALYSIS AND OTHER MARKETS

InvestBy, the platform that allows you to operate different financial markets in one place 📈💸

Ripple's lawyers have requested Binance's help against the SEC's lawsuit