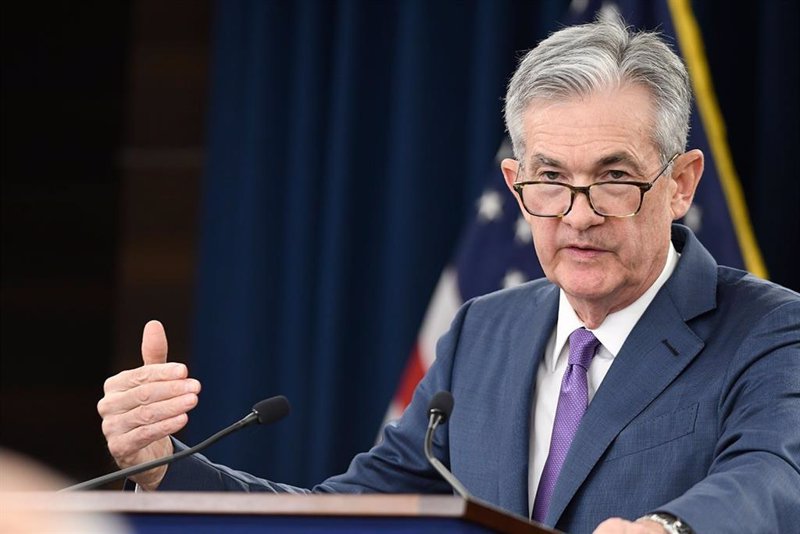 Wall street has traded flat but with slight gains (Dow Jones: + 0.04%; S&P 500: + 0.16%; Nasdaq: + 0.04%) in the last day of a week positive for US equities, with the exception of the technology sector, which has lagged slightly. All this on the day in which the University of Michigan has confirmed that consumer confidence is being greatly influenced by the expansion of the coronavirus and, specifically, by the Delta variant.

In the last five days, the Dow Jones and the S&P 500 They have closed positively, with slight increases of between 0.9% and 0.7%, after breaking, as on the previous three occasions, their intraday records. Meanwhile, the technology index, the Nasdaq, it has been the only one with losses, yes, testimonials, since it has yielded 0.1%.

Investors have gone back to betting on values ​​most associated with the economic cycle, after the United States Senate approved the infrastructure plan promoted by the Biden Administration. What's more, July inflation showed signs of moderation compared to previous months, although many analysts already anticipate that it will remain at high levels for longer than expected.

In any case, in the middle of August, the uncertainty about inflation has not been enough to alter the upward inertia of the markets, sustained by the good business results season just finished and by the stimuli of the Federal Reserve (Fed), which has begun to consider its withdrawal but maintains a largely accommodative monetary policy so far.

"The business figures are very good and the financing terms are attractive (negative real rates). That is why the main benchmark indices (S&P 500, EuroStoxx 50, DAX …) hover around highs. The results campaign comes to an end and the news flow loses intensity, but the profitability / risk binomial of the stock market is attractive (versus bonds and real estate). This is what is really important ", argue from Bankinter.

"The volatility is contained (with the VIX below 20 points) despite the usual decline in trading volumes in summer and the delta variant. Most likely, the market roll out a sideways motion until the Central Bankers Meeting in Jackson Hole (Aug 26-28)"these experts add.

In his opinion, this is the most important appointment of the month because the market hopes to get clues about the Fed's tapering plan, although other analysts anticipate that there will be no news on this matter at least until the September meeting.

On the economic agenda, the only important macro reference has been the Consumer Confidence Index from the University of Michigan In U.S.A. And the data has been well below expectations, when it fell sharply to 70.2 points from 81.2. According to preliminary data for August, expansion of the Delta variant of Covid it is affecting consumer sentiment.

At the business level, Disney has risen 1% after present results last night and exceed consensus estimates with your figures.

Those that have also presented increases are the actions related to vaccines against the coronavirus, Pfizer and BioNTech after the FDA cleared booster doses in immunosuppressed people.

However, Airbnb It has dropped 1% after issuing a warning about its activity, due to the new restrictions that the Covid variant is causing.

What's more, Google has proposed cutting the salary of employees who decide to always telecommute. The salary reduction would be established according to the place of residence.

In the Dow Jones 30, the red lanterns have been the benches and Boeing, which has fallen by 1.6% after announcing a two-month delay in the test flights of the Starliner spacecraft due to valve problems.

On the opposite side, Ebay on the Nasdaq 100. It has skyrocketed 7.5% after this week he presented results and tripled profits after selling several of his businesses.

TECHNICAL ANALYSIS AND OTHER MARKETS

By technical analysis, the S&P 500 "it is in absolute free rise. Thus, the rising lows and highs in the S&P 500 happen over and over again without end. And this is nothing other than the simplest definition of what an upward trend is, "explains José María Rodríguez, an analyst at Bolsamanía.

"Until we have a weekly close below the last rising low, we will not have the slightest sign of weakness within the impeccable uptrend in all timeframes. Thus, the support to monitor at this time is in the 4,233 points", concludes this expert.

ADA is now the 3rd largest cryptocurrency by market capitalization on CoinGecko, outperforming BNB and USDT